Well Go USA are bringing the Chinese-Japanese fantasy mystery ‘Legend of the Demon Cat’ (妖猫传) to US Blu-ray and Digital on October 22, 2019.

Directed by Chen Kaige and based on a novel by by Yoneyama Mineo, the film tells the story of a monk and a poet who team up to solve the mysterious death of a famous Concubine. The cast includes Huang Xuan, Shota Sometani, Zhang Yuqi, Qin Hao, Liu Haoran, Oho Ou, and Hiroshi Abe.

Synopsis: Havoc descends upon the Imperial Court of the Tang Dynasty when the General’s wife is possessed by an ancient demon. Through a series of unexpected twists and turns, the unlikely duo of an eccentric poet and dutiful monk, unravel the dark and ancient mystery behind a centuries-old death of a beautiful courtesan in hopes it holds the key to saving the general’s wife.

‘Legend of the Demon Cat’ is available for pre-order now from Amazon.com. 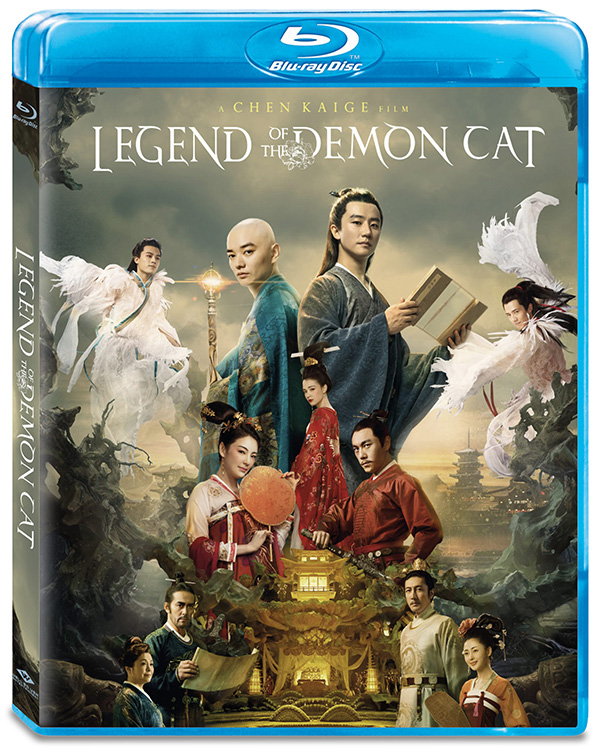