Third Window Films are bringing the 1985 Japanese musical comedy ‘The Legend Of The Stardust Brothers’ (星くず兄弟の伝説) to UK Blu-ray and DVD on February 17, 2020.

Directed by Macoto Tezuka, the film charts the rise and fall of a manufactured pop duo and their struggle to navigate fame, fortune and jealousy. The cast includes Shingo Kubota, Kan Takagi, Kyoko Togawa, Issay, and Kiyohiko Ozaki.

Synopsis: Shingo (Shingo Kubota) and Kan (Kan Takagi) are a pair of rivals musicians who are plucked from obscurity and turned into pop sensations. But their success is short lived and they soon discover that fame can be a cruel mistress.

‘The Legend Of The Stardust Brothers’ is available for pre-order from Amazon.co.uk. 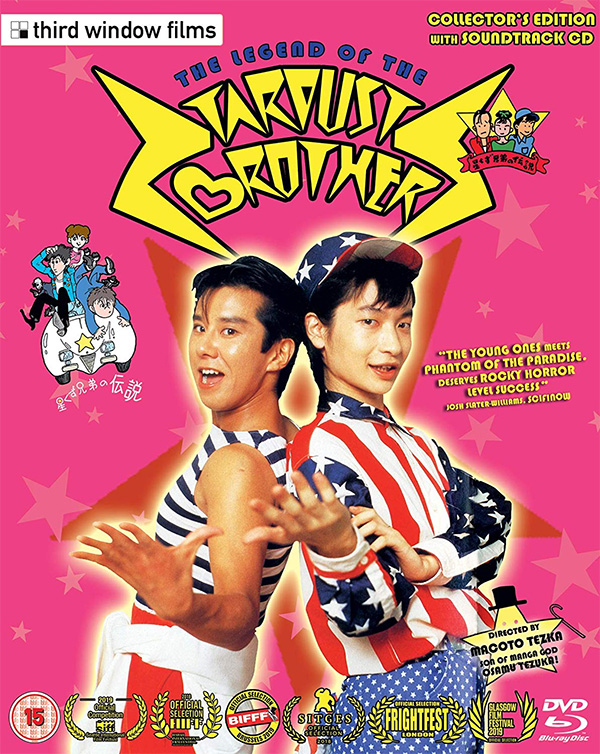