Panorama are bringing the 1977 Hong Kong-South Korean martial arts movie ‘To Kill With Intrigue’ (劍花煙雨江南) to Hong Kong Blu-ray and DVD on August 12, 2022.

Directed by Lo Wei, the film revolves around two sworn enemies from different clans who are forced to work together to rescue a kidnapped woman. The cast includes Hsu Feng, Jackie Chan, Shin Il-Ryong, Jeong Hee, and George Wang.

Synopsis: The Lei clan is all but massacred by a vengeful Yan, except for young master Feng. Being the sole survivor, Feng vows vengeance on Yan, but when he finds out that his fiancee Qian is kidnapped by his friend Chuan, who turns out to be an evil lord looking to conquer the martial world, he has to team up with an unlikely ally – Yan, who has secretly fallen for him…

‘To Kill With Intrigue’ is available to pre-order now from YesAsia.com. 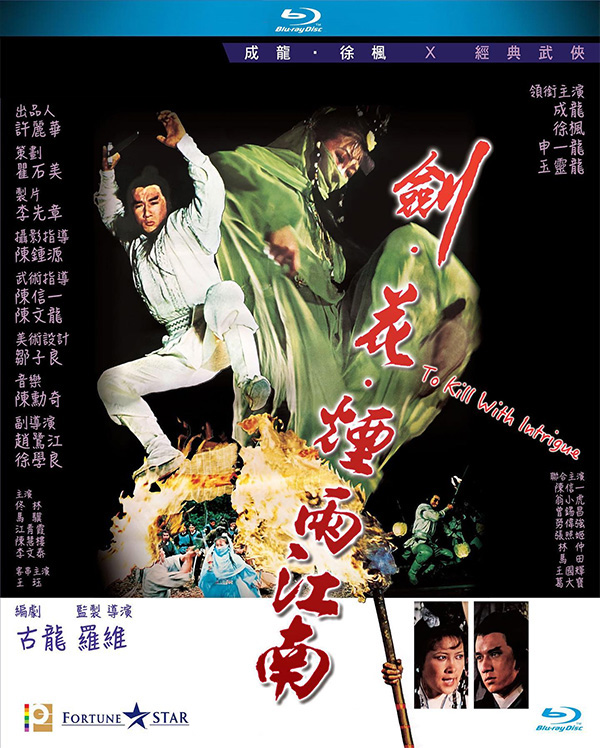