‘Colour of the Game’ (黑白迷宫) is a 2017 Hong Kong crime thriller produced by Wong Jing and directed by Kam Ka-Wai.

The film is reportedly the final entry into Jing’s ‘Colour’ series (the other films being ‘Colour of the Truth’ and ‘Colour of the Loyalty’), although it will tell a whole new story about a triad and his protege unwittingly pulled into a mob boss’s quest for vengeance. The cast includes Simon Yam, Philip Ng, and Jordan Chan.

‘Colour of the Game’ is due for release across Hong Kong in December 2017. 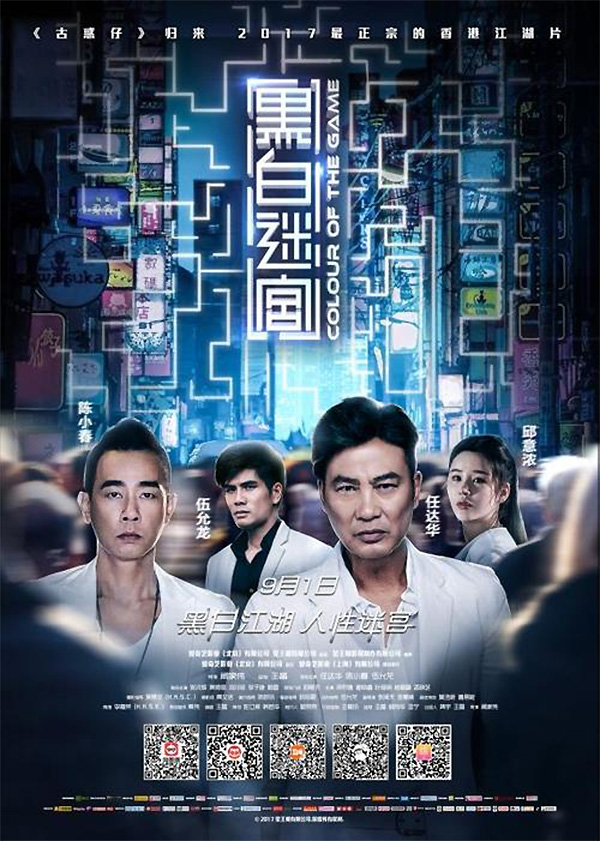