Based on a web novel by Welzard, the film revolves around a group of high school students who find themselves trapped in a time loop by a ghost. The cast includes Kanna Hashimoto, Gordon Maeda, Maika Yamamoto, Fuju Kamio, Kotaro Daigo, and Mayuu Yokota.

Synopsis: On July 5th, Asuka (Kanna Hashimoto) meets a young girl at her high school. She has never seen the girl before. The young girl tells her “My body, Sagashite.” Later on, Asuka does not feel comfortable about the girl. When it turns midnight, Asuka finds herself at school again. She is not the only person there. Her childhood friend Takahiro and four of her classmates are there. Asuka is not friends with her four classmates. At that time, a young girl covered in blood appears and kills everybody there. Asuka believes she is dead. Asuka wakes up and finds herself in her room. She is surprised that is the morning of July 5th. [Source: AsianWiki] 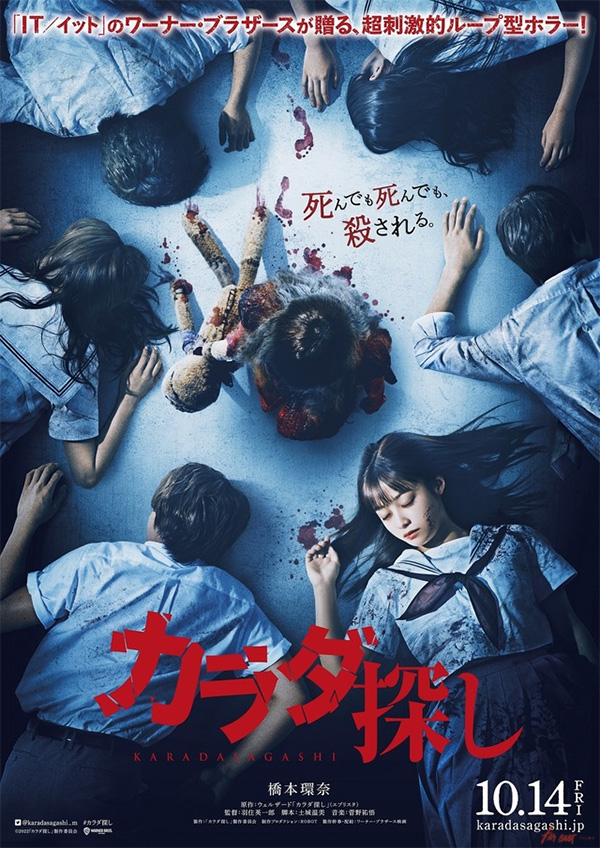