The film finds Cheung Tin Chi forced back into action after he gets wrapped up in a conflict with a powerful foreigner. The cast includes Max Zhang, Michelle Yeoh, Tony Jaa, and Dave Bautista.

Synopsis: After being defeated by Ip Man, Cheung Tin Chi (Zhang) is attempting to keep a low profile. While going about his business, he gets into a fight with a foreigner by the name of Davidson (Bautista), who is a big boss behind the bar district. Tin Chi fights hard with Wing Chun and earns respect. 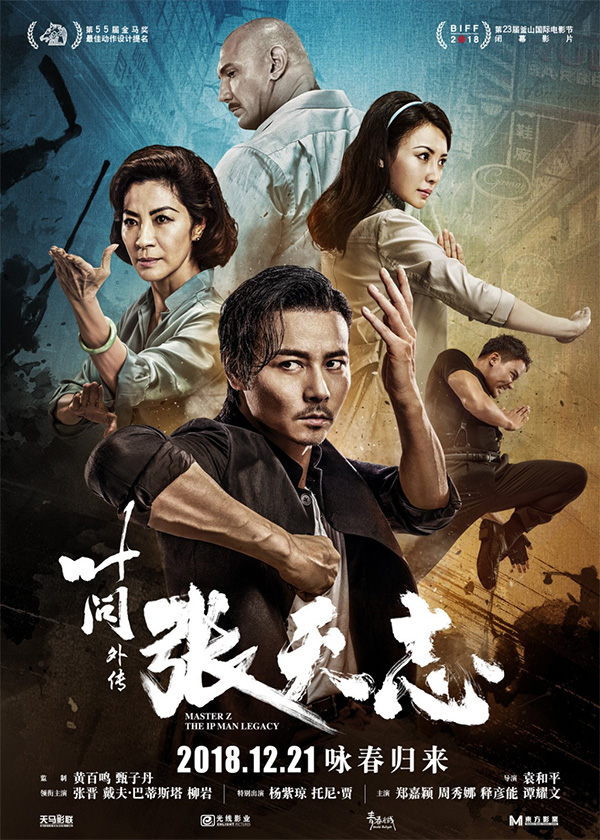