The film revolves around an alien superhero who loses his memory after crash landing on Earth and decides to use his powers to help the locals. The cast includes Sho Higano, Nana Oda, Jiro Dan, Eiichi Kikuchi, Tsukasa Wakabayashi, and Shinzo Hotta.

Synopsis: 200 years after his spaceship crashed landed on Earth. Planet Prince awakens from his sleep, rescuing the bakery’s daughter Kimiko from a desperate pinch and deciding to stay at the bakery. As the planetary prince explored the earth, he interacted with the residents, occasionally replaced the top idols, and guarded the city from the alien invaders, the Turtans. The impact of the crash, however, caused most of his memory to be wiped out, and he had no idea how to return to the fourth planet. Although he became a hero, the Turtans later revealed that he was the universe’s destroyer. Nana Oda, who worked with Sho Hinata on the former “Sakurazaka46”, will play the role of the heroine and will play both Prince Planet and Kosuke Funaki. 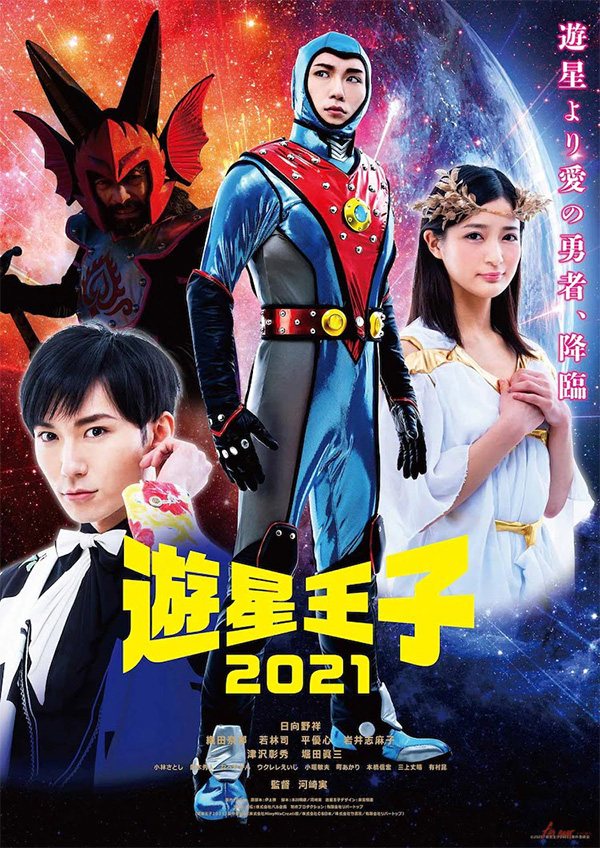