‘Scarlett Cross: Agents Of D.E.A.T.H.’ is a 2022 UK action/exploitation movie written and directed by Dean Meadows.

Synopsis: Having suffered a traumatic accident, Scarlett Cross must uncover the secrets of her forgotten past and the violent, brutal destiny that awaits her. As she slowly discovers an evil plot to rule the world, Scarlett comes face to face with the merciless Agents Of D.E.A.T.H., in a savage and bloody fight to the finish!

‘Scarlett Cross: Agents Of D.E.A.T.H.’ will be screening at the AMC Empire 25 Cinema on November 5, 2022 as part of the Urban Action Showcase & Expo International Action Film Festival. The movie is also available to stream now from Troma NOW. 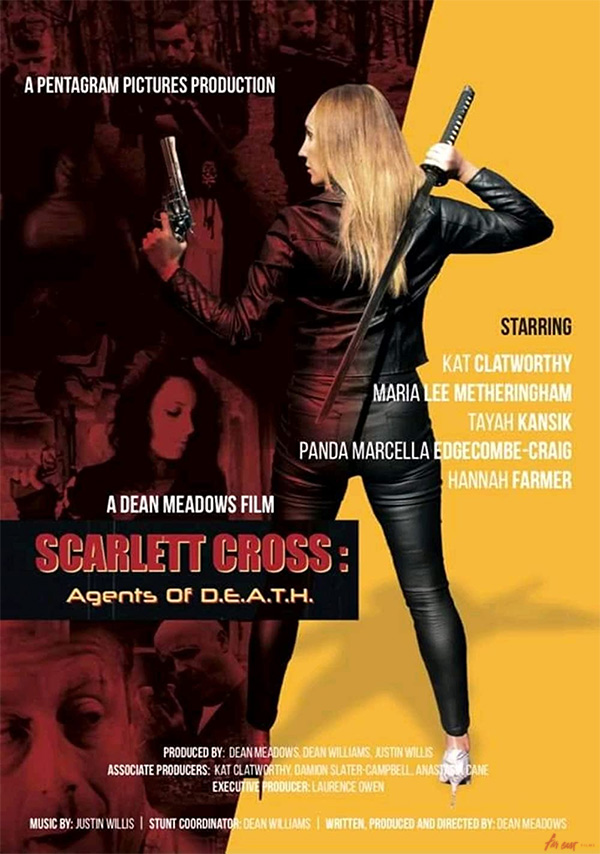