‘The Discloser’ (1급기밀) is a 2018 South Korean thriller directed by Hong Ki-Seon.

The film follows an investigative reporter and former colonel as he delves into military secrets to uncover the source of a corruption case. The cast includes Kim Sang-Kyung, Kim Ok-Bin, Choi Moo-Sung, Choi Gwi-Hwa, and Kim Byung-Chul.

Park Dae-Ik investigates secretly and learns of a deal between the Ministry of National Defense and The Pentagon in the United States. Park Dae-Ik cooperates with Reporter Kim Jung-Sook (Kim Ok-Vin) to reveal the truth.

‘The Discloser’ opens across South Korea in January 2018. 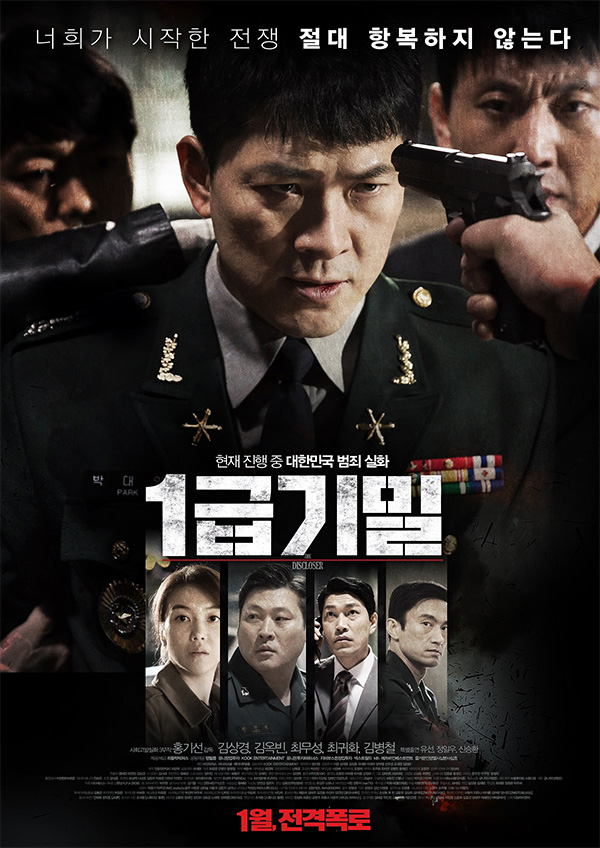