‘The Rookies’ (素人特工) is an upcoming Chinese action movie written and directed by Alan Yuen.

The film revolves around a group of amateur agents who get themselves wrapped up in a fight with some dangerous terrorists. The cast includes Darren Wang, Sandrine Pinna, Milla Jovovich, Xu Weizhou, and Liu Meitong.

Synopsis: Extreme sport lover Zhou Feng got involved in an international illegal trade by accident. So he had to follow an international special agent Bruce to Budapest. Together with a crappy police officer Miao Yan, a non-professional scientist Ding Shan and an unemployed doctor LV, they became an amateur unit. In company with the senior agent Bruce, these four rookies started a fight with the terrorists that was both thrilling and hilarious. 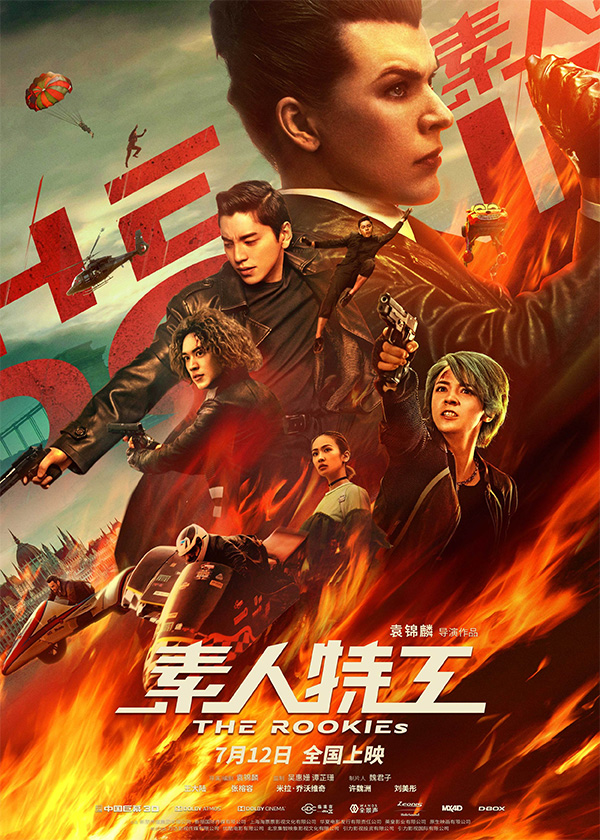