The current trend of popular media to plunder the 80s looks, sounds and styles is typically ham-fisted. It focuses on cherry-picking the most obvious iconography from the time (invariably the Rubik’s Cube), giving the women Alexis Carrington shoulder pads and playing a larcenous synth-beat over the whole thing just to remind you of when it’s set. It gives modern viewers and listeners – most of whom aren’t even old enough to remember the Millennium Bug – a chance to enjoy the period vicariously and still cock a supercilious snook at those who were growing up then. ‘Can you believe what they wore then?’ says a viewer observing certain fashions, devoid of irony as they sit in a pair of fashionable jeans that look like they have barely survived an attack by a febrile werewolf. It’s the post-modern ability to sneer at the past while pillaging all that was moderately original then.

Rather than see this 21st century revision of the past, a historian could do worse than look at a particular film as a representation of the decade. It was a film that was so ludicrously cheesy and yet beguilingly fun that it moves between cultural relic, kitsch oddity and cult hit. The film I present to you, dear readers, is ‘The Last Dragon’. Or should that be ‘Berry Gordy’s The Last Dragon’ – you get the impression that, if you were working on the set, you better make sure you included the first past of the title! Anyone who could tangle with Diana Ross and get away with all of his organs is not to be messed with. 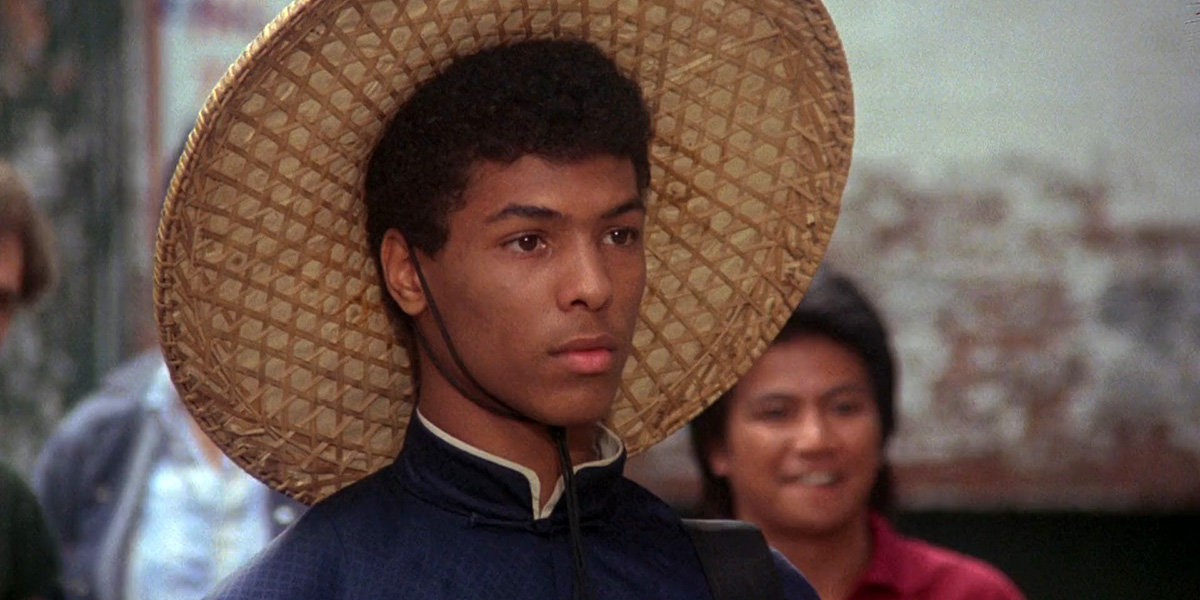 Even more so than Canon’s ‘Breakin’ the year before, ‘The Last Dragon’ is a strange mixture of gritty realism and dizzying, joyful surrealism. The former means that the buildings and environment are devoid of the sugar-coated New York vistas you always end up getting today; the city has that raw, dangerous energy that, to a young kid watching from the UK, almost seemed like it was on a different planet. The latter is a storyline with a Black-American hero who thinks he’s Chinese (‘Bruce Leeroy’), a trio of Chinese-Americans who think they’re Harlem gangbangers, a villain who’s part Japanese warlord and part Blaxploitation antagonist and a pantomimic mobster and his moll (whose nasally Nooo Yark accent is like audio anthrax). The hero’s father even owns Harlem’s foremost pizza eatery, just to blur the national identities a bit more. And yet, as barmy as it is, it mostly works. It certainly gets closer to its Eastern inspiration than most Hollywood films, bar the superlative ‘Big Trouble In Little China’.

What immediately makes ‘The Last Dragon’ different from previous attempts to fuse African-American cinema with martial arts is the hero. It was a master-stroke to make him the naïve, Tang Lung-esque innocent who just so happens to be a kung-fu master. Scenes with him trying to remain resolute as lovely Vanity oozes over him recall similarly cheery Hong Kong protagonists who spoke more to the common man than the swaggering, arrogant heroes that tended to be favoured in action cinema. It gets the Asian vibe just right while not forgetting its roots, populating the background with sassy wisecracking characters like Leeroy’s young brother Richie. Then there is Julius J. Carry III as one of cinema’s greatest villains, ‘Sho’nuff’, the Shogun of Harlem. His entrance in the middle of a screening of ‘Enter the Dragon‘ is pure 80s gold and the kind of nutty genius that you wouldn’t likely get in today’s over regulated industry. 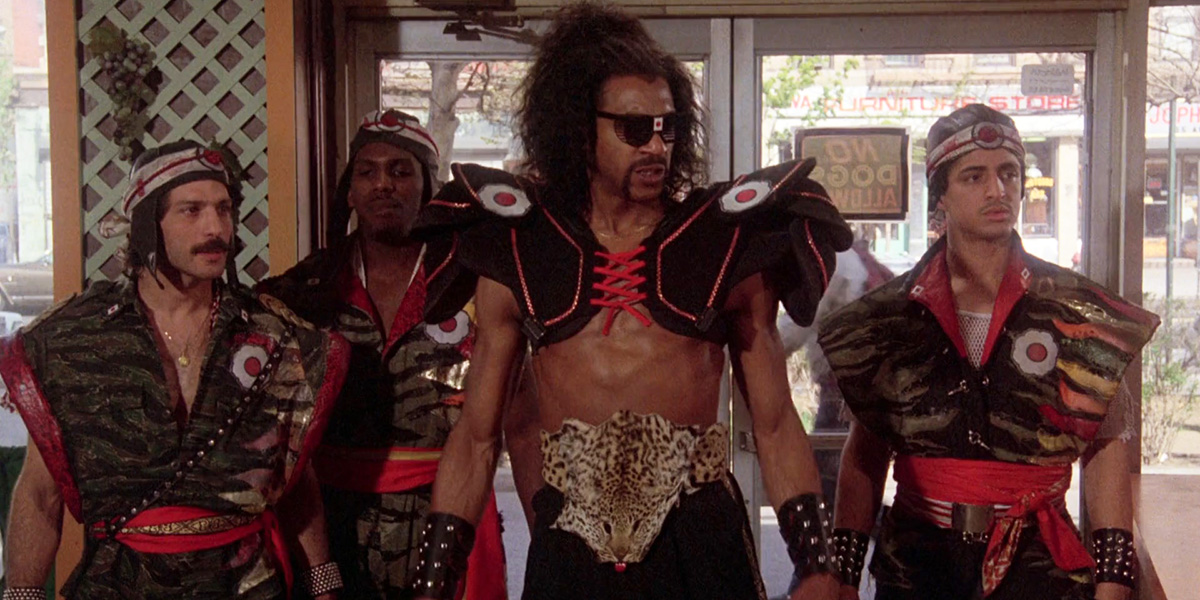 The reason why ‘The Last Dragon’ is pure 1980s gold is its unashamed joy. Whether its DeBarge singing ‘Rhythm of the Night’, background scenes of breakdancing or a deliciously innocent love story between Vanity and Taimak, ‘The Last Dragon’ is the very best of the 80s colourful joie de vivre that seemed to make summers go by in minutes. A scrawny Anglo-Slav like yours truly could relate to a black hero, a concept that is so alien today that it almost seems supernatural; unless a character is EXACTLY like us now, from colour and creed right down to the Lynx Africa under the hairy armpits, we are not allowed to identify with them. To do so is that most cretinous of current dramas, ‘cultural appropriation’ (which, let’s face it, ‘The Last Dragon’ does in shovel-fulls), the enforced segregation of people that seems to be taking society back to the Middle Ages.

We had the threat of Nuclear War, unemployment, football hooliganism and some obvious social discord. Yet to most of us, what got us through, was entertainment that spoke to all and concepts of heroism and boyish innocence that are unfortunately antiquated today. If you are too young to have enjoyed the barmiest decade of all, don’t reach for ‘Stranger Things’ to tell you what the era was like. Don’t listen to The Weeknd’s pseudo ‘A-Ha’ act. Tell ‘Wonder Woman 1984’ to shove its self-conscious shoulder pads up its trumpet hole. Just watch the imperfect, cheesy, cheery and candy-coloured insanity of ‘The Last Dragon’. I promise you will be asking people to kiss your converse by the time Bruce Leeroy’s hands start glowing Ready Brek crimson.