Well Go USA are bringing the South Korean mystery thriller ‘Burning’ (버닝) to Digital on January 29 and to Blu-ray and DVD on March 5, 2019.

Written and directed by Lee Chang-Dong, the film revolves around a woman whose life is intertwined with two men – one rich and the other a courier who struggles to make ends meet. The cast includes Yoo Ah-In, Jeon Song-Seo, and Steven Yeun.

Synopsis: ‘Burning’ is the searing examination of an alienated young man, Jongsu (Ah-in Yoo), a frustrated introvert whose already difficult life is complicated by the appearance of two people into his orbit: first, Haemi (newcomer Jong-seo Jun), a spirited woman who offers romantic possibilities, and Ben (Steven Yeun, “The Walking Dead,” Sorry To Bother You), a wealthy and sophisticated young man who returns with her from a recent trip. When Jongsu learns of Ben’s mysterious hobby and Haemi suddenly disappears, his confusion and obsessions begin to mount, culminating in a stunning finale.

‘Burning’ is available for pre-order from Amazon.com. 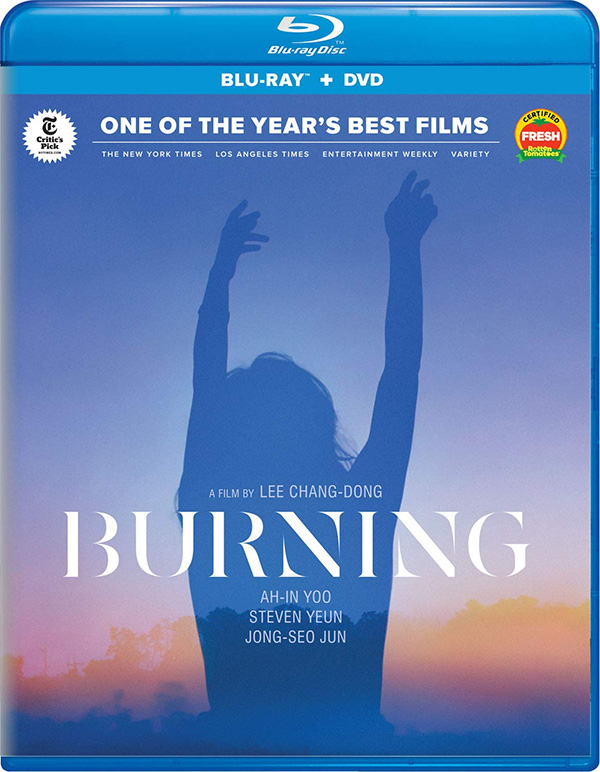