CN Entertainment are bringing the 1990 Hong Kong crime thriller ‘An Eye For An Eye’ (血洗红花亭) to Hong Kong Blu-ray and DVD on November 25, 2021.

Directed by O Sing-Pui, the film follows the daughter of a recently deceased triad who takes over his organisation and attempts to rid it of its dirty ties. The cast includes Joey Wong, Max Mok, Wilson Lam, Lung Fong, John Ching Tung, and Ricky Yi.

Synopsis: When a top triad boss dies, he leaves the entire works to his daughter (Joey Wang), who attempts to legitimize the organization. But her triad lieutenants plot against her, and even go so far as to sexually assault her and videotape the event for blackmail purposes. Meanwhile, her policeman boyfriend is a member of the anti-triad squad, and works to stop her tormentors from his own end. But will she allow him to take down her father’s business? Or will she take matters into her own hands and strike back at her tormentors herself?

‘An Eye For An Eye’ is available to pre-order now from YesAsia.com. 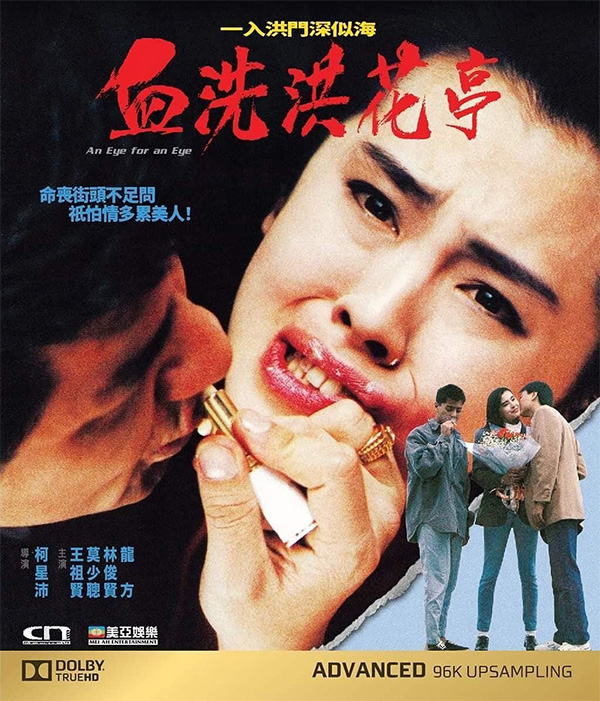