Viz Media will release the first full-length animated feature based on the hit ‘Hunter × Hunter’ franchise, ‘Hunter × Hunter: Phantom Rouge’ on Blu-ray and DVD from February 20, 2017.

Synopsis: Kurapika became a Hunter to take vengeance on the Class-A crime group Phantom Troupe who massacred his clan for their unique eyes. The eyes of the Kurta clan turn scarlet in times of anger or emotional agitation and are considered the most beautiful treasures in the world. Kurapika continues to pursue the Phantom Troupe but an unknown party has stolen his “scarlet eyes”. With the help of Gon, Killua and Leorio, Kurapika’ s life was saved. However, the Phantom Troupe shows up before them and blocks their way. The true identity of the one with the No.4 spider tattoo is about to be unveiled. 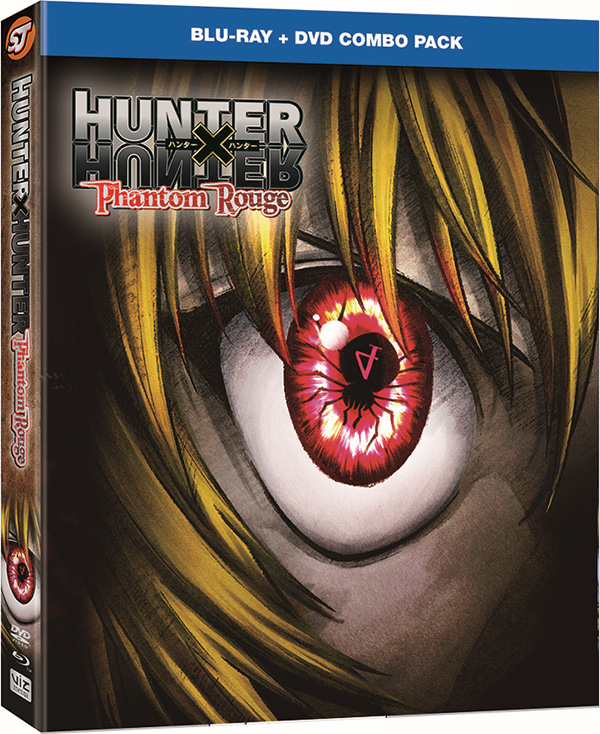