Panorama are bringing the 1990 Hong Kong fantasy actioner ‘Saga of the Phoenix’ (阿修羅) to Hong Kong Blu-ray and DVD on November 20, 2020.

Directed by Lam Nai-Choi and Lau Sze-Yu, the film is a sequel to 1989’s ‘Peacock King’ that finds the two monks charged with protecting the “Holy Maiden of Hell” after she is granted 7 days to enjoy the human world. The cast includes Yuen Biao, Gloria Yip, Rachel Lee, Shintaro Katsu, Hiroshi Abe, and Yuko Natori.

Synopsis: So-called the “Holy Maiden of Hell”, Ashura possesses immense power that could destroy humanity. The Buddhist monks trap her in a deep cave to keep her from falling into the hands of evil. The kind-hearted Abbot Jiku (Shintaro Katsu) grants her the wish to enjoy the pleasures of the human world for seven days, after which she’ll have to be locked up forever. In the mean time, Jiku sends his disciples Peacock (Yuen Biao) and Lucky Fruit (Hiroshi Abe) to protect Ashura from the “Hell Concubine” who is coveting her power…

‘Saga of the Phoenix’ is available for order now from YesAsia.com. 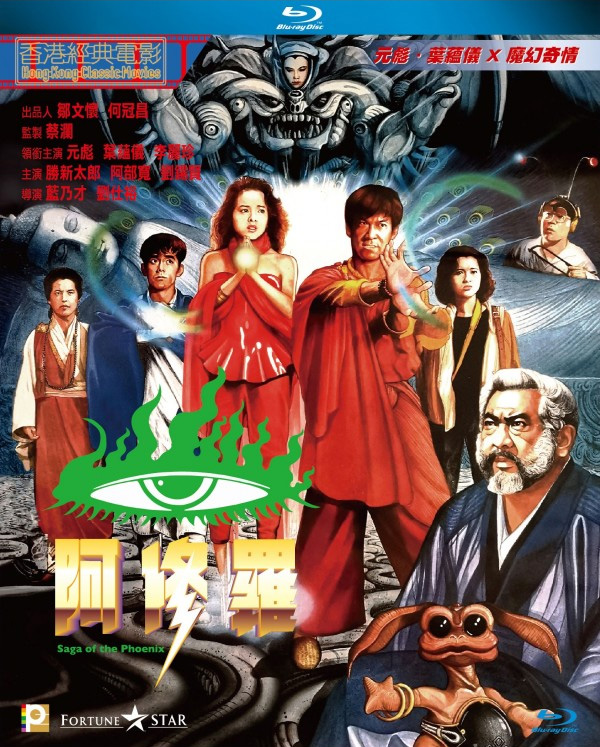