Directed by David Lai, the film tells the story of two men brought up closer than most brothers who eventually find themselves on opposite sides of the law. The cast includes Andy Lau, Cheung Kwok-Keung, Peter Yang Kwan, Bill Tung, Hsiao Hung-Mei, and Eddy Ko Hung.

Synopsis: Lau (Andy Lau) is a fast-rising enforcer with the triads, but beneath his “bad” exterior is the sworn brother of Cheung (Cheung Kwok Keung), a police officer just returned from Scotland Yard. The two men are on opposite sides of the law, but both share a bond that cannot be tarnished, either by years or differing ideologies. Can the brotherhood of these two righteous men set things right in the underworld?

‘Sworn Brothers’ is available to pre-order now from YesAsia.com. 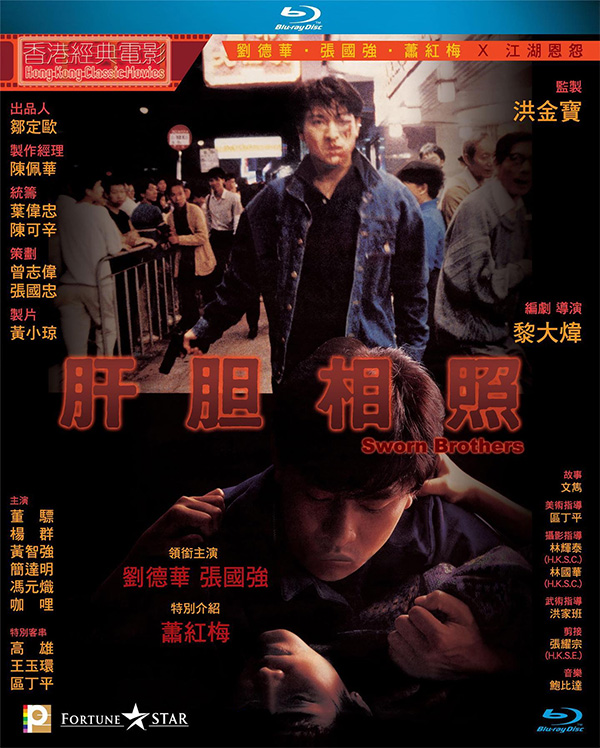