Co-written and directed by Albert Pyun, the film revolves around a mercenary who must battle a group of murderous marauders in a post-apocalyptic future. The cast includes Jean-Claude Van Damme, Deborah Richter, Vincent Klyn, Dayle Haddon, Alex Daniels, and Blaise Loong.

Synopsis: Deteriorating from social anarchy deadly plague, 21st-Century America is descending into a seething barbaric nightmare. Only Pearl Prophet (Dayle Haddon), a beautiful half human/half cyborg, has the knowledge necessary to develop a vaccine. But during her desperate quest to gather data and bring the cure to the world, Pearl is captured by cannibalistic Flesh Pirates who plot to keep the antidote for themselves and rule the world! Now, only the awesome fighting skills of sabre-wielding hero Gibson Rickenbacker (Van Damme) can rescue her and save whats left of civilisation.

‘Cyborg’ is available to pre-order now from Amazon.co.uk. 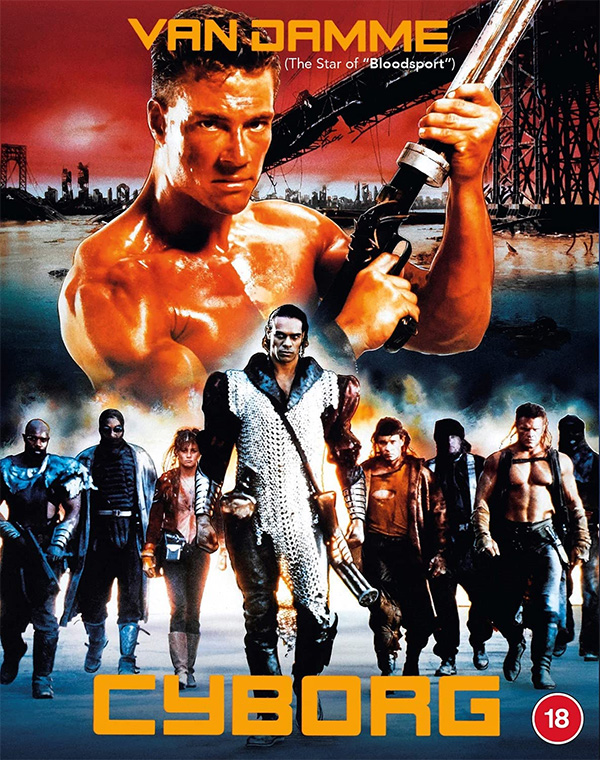