A collector’s edition of the 1991 action film ‘Double Impact’ is now available to own US Blu-ray, courtesy of MVD Entertainment Group.

Synopsis: Chad and Alex (Van Damme) were just babies when their parents were killed by a Hong Kong gang led by the fearsome Moon (Bolo Yeung). The twins have been separated since that day – Chad raised by family friend Frank (Geoffrey Lewis) in Paris, where he now works as a skilled martial arts instructor, and Alex left to fend for himself in Hong Kong as a small-time criminal. When Frank brings Chad to Hong Kong, the twins, each too young at the time of separation to remember the other, initially antagonise each other. The brotherly bond goes deep, however, and it isn’t long before they are seeking out the killer of their parents amidst Alex’s criminal contemporaries.

‘Double Impact’ is available for purchase now from Amazon.com. 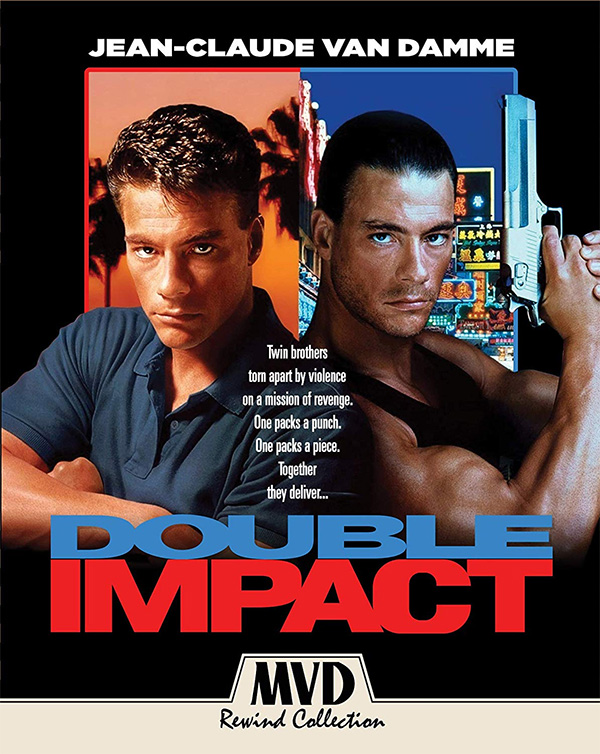