Co-written and directed by Jackie Chan, the film follows the adventures of a restless martial arts student who, while constantly pursuing a girl, gets involved in the affairs of a gang of thieves. The cast includes Jackie Chan, Mars, Whang In-Sik, Tien Feng, and Michael Chan Wai-Man.

Synopsis: Dragon (Jackie Chan) and Bull (Mars) are childhood friends who spend most of their free time chasing after local girls in general and spying on one in particular who catches their eyes. A gang in the nearby dwelling is smuggling precious Chinese artifacts to westerners. Hoi (Chan Wai-man) is a reluctant party to the scheme and when he voiced his objection, the Big Boss sent his henchmen after him to keep him quiet. When the mischievous duo came across Hoi, who was hiding in their village, they take on the gang to protect the artifacts.

‘Dragon Lord’ is available for pre-order now from Amazon.co.uk. 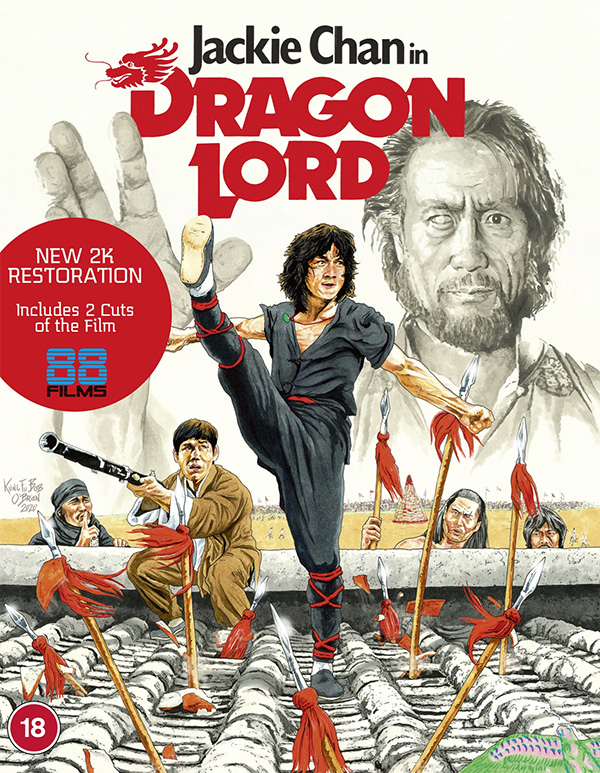