Directed by Ricky Lau, the film follows the antics of a Taoist Priest and his two disciples who are called in to assist with the reburial of a village elder. The cast includes Lam Ching-Ying, Ricky Hui, Chin Siu-Ho, Moon Lee, and Huang Ha.

Synopsis: Master Kau (Lam Ching-Ying) is an expert on all matters of the supernatural. When Kau and his two bumbling students, Man Choi (Ricky Hui) and Chou (Chin Siu-Ho), exhume a corpse for reburial, things go frighteningly and hilariously awry when the cadaver is revealed to be a hopping vampire. With the undead on the loose, Master Kau is blamed for the chaos, and must work with his students to put the spirits to rest before the vampire’s own granddaughter (Moon Lee) gets bitten. Fighting the vampires with everything from sticky rice to filing down the bloodsucker’s fangs, the trio must defeat an increasing number of ghoulish dangers.

‘Mr. Vampire’ is available for pre-order now from Amazon.co.uk. 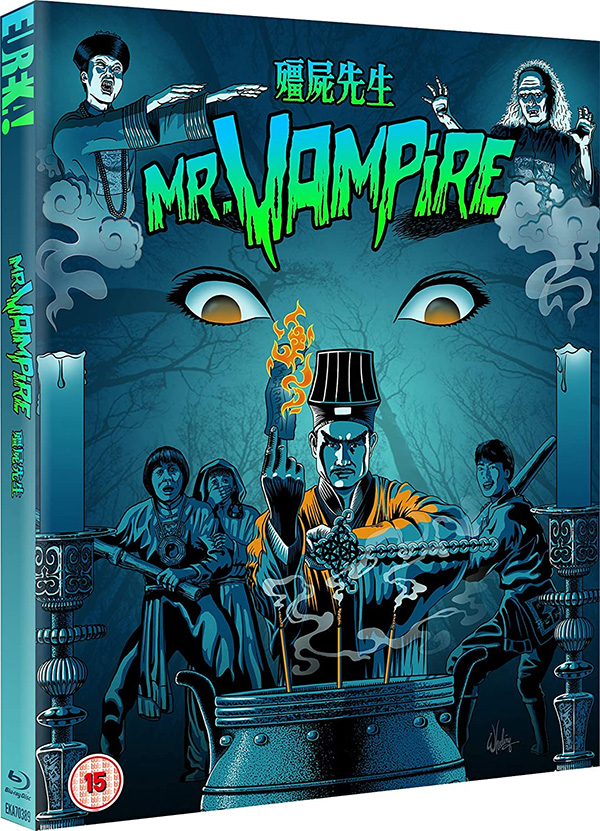