The film follows a bronze statue factory security guard and a recyclables collector who become entangled in a web of dark secrets after stumbling upon videos that document the promiscuous meetings of the factory’s wealthy owner. The cast includes Cres Chuang, Bamboo Chen, Leon Dai, Na Dow, and Chang Shao-Huai.

Synopsis: Pickle is a night security guard at a bronze statue factory. His colleague, Belly Button, works as a recycling collector during the day, and Pickle’s biggest pleasure in life is flicking through the porn magazines Belly Button collects in the small hours in the security room. Having late night snacks and watching television are an integral part of their dull lives. One day when the television is broken, Belly Button suggests playing back videos recorded on the dash cam of his boss Kevin’s Mercedes.. The story involves gods, the middle-aged men’s sexual desire and the conversation between ghosts and humans. Maybe the audience will find it preposterous, but isn’t life itself a farce?

‘The Great Buddha+’ will receive a limited theatrical release starting on January 26 (details found here) followed by a VOD release in February. 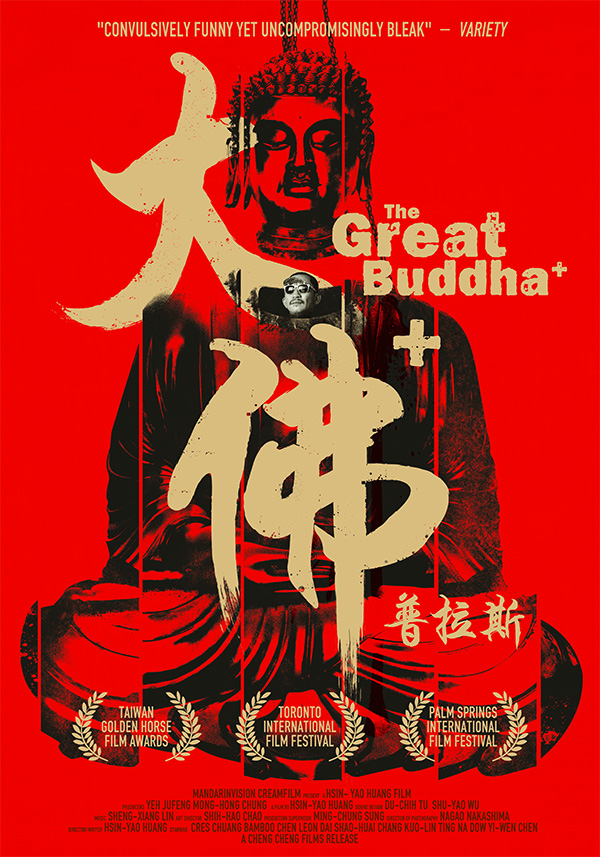