Synopsis: Noriko (Ryoko Asagi) is a young widow living with her senile father-in-law, Shukichi (Horyu Nakamura), on a farm. He believes his favourite cow, recently deceased, is still alive. Noriko pretends to be the cow and lets him milk her – a satisfying arrangement for them both. Shukichi’s daughter discovers their bizarre relationship and tries to put an end to it…

‘A Lonely Cow Weeps at Dawn’ is available to pre-order now from Amazon.co.uk. 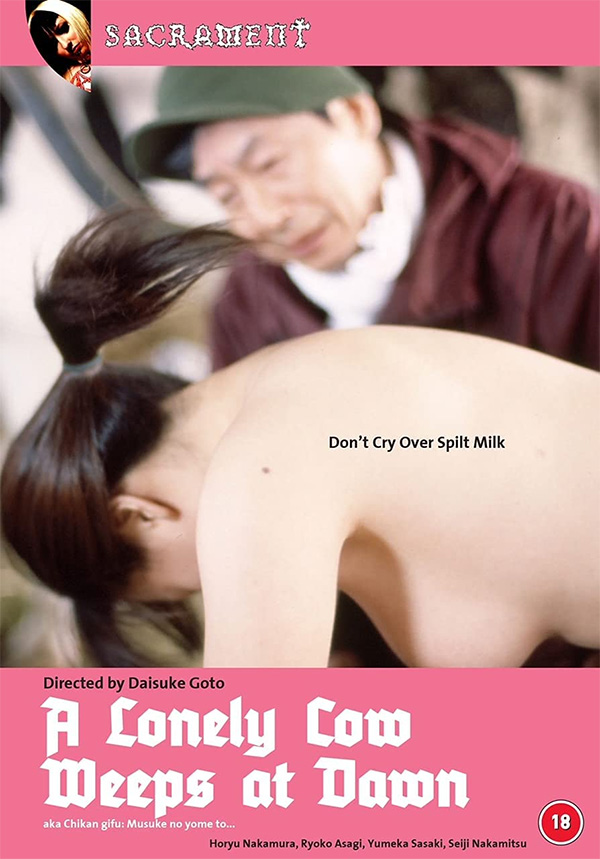