Synopsis: A comet is on a collision course with Earth. Cynical and indifferent nihilist loner Wataru is kidnapped and taken to a secret hospital where chief scientist Dr. Ohora informs Wataru that he possesses a special psychic power called Sexual Psychokinesis that could help save mankind. Wataru has to make love to Ikuko, a sweet and virginal young lass with the same psychic powers, in order to effectively avert Armageddon.

‘Deep Contact’ is available to pre-order now from Amazon.co.uk. 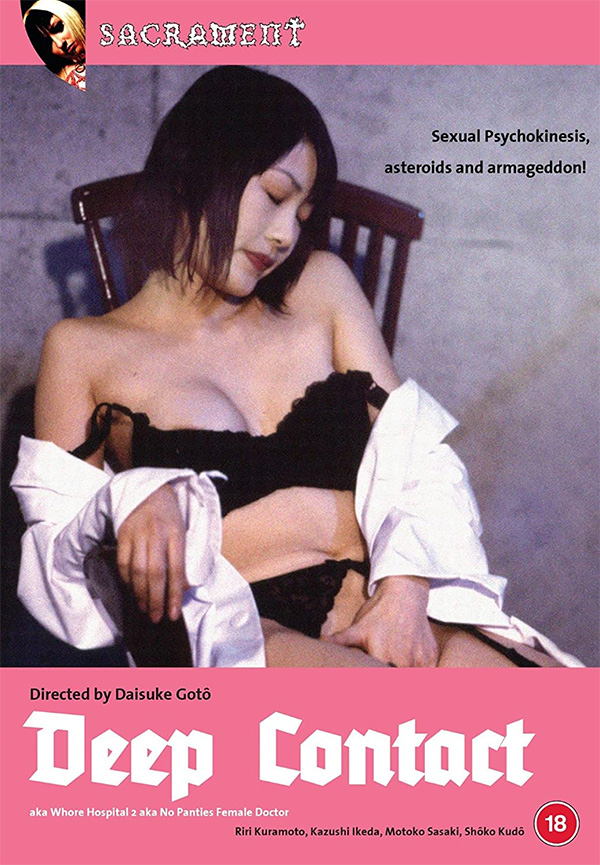