The series, which was the eighth incarnation of Ultraman and his first animated outing, finds our titular hero defending the Earth from a great danger. The voice cast includes Kei Tomiyama, Masato Ibu, Eiji Kanie, Hidekatsu Shibata, Junpei Takiguchi, and Kinya Morikawa.

Synopsis: Across the planet Earth, strange glowing objects in the form of an unknown language appear in the skies. In order to investigate these strange phenomena, the Earth Defense Forces form the Science Guard Agency led by Captain Akiyama. Akiyama immediately forms a top-rated team of scientific experts. Choichiro Hikari from the Earth Defense Forces space station is chosen to join the Science Guard Agency and begins making his way back to Earth. But as he is traveling through space, Hikari meets Ultraman Joneus. Ultraman Joneus tells Hikari that the Earth is in great danger. In order to defend the Earth, Ultraman Joneus says he must become one with an Earth man. Hikari agrees and he and he and Ultraman Joneus join forces. Normally, Hikari will be an ordinary human being but, when danger strikes he will be able to transform into the gigantic 40 meter tall superhero Ultraman Joneus.

‘The Ultraman – Complete Series’ is available to pre-order from Amazon.com. 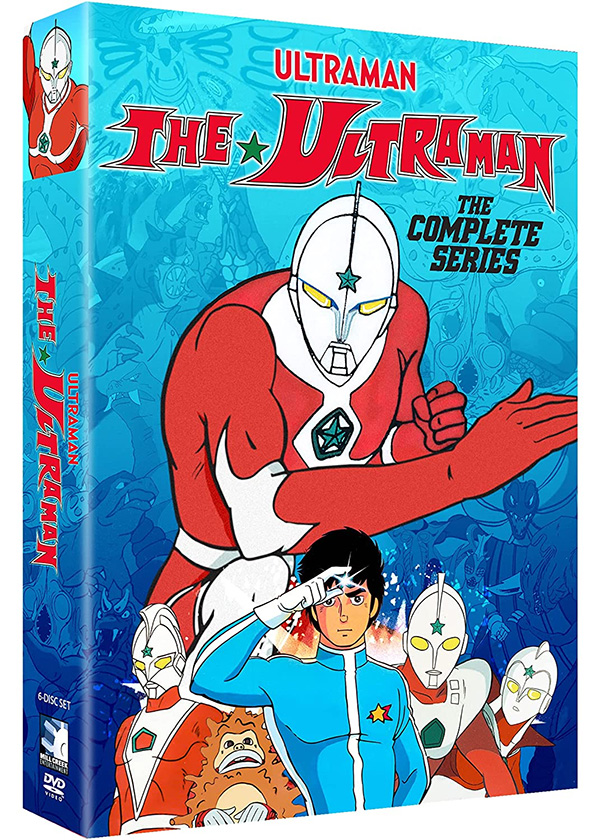