The third instalment in director Jeff Lau‘s ‘A Chinese Odyssey’ series is now available to own on Hong Kong DVD and Blu-ray, courtesy of Kam & Ronson.

Made over a decade later, ‘A Chinese Odyssey: Part 3’ (大话西游3) resets and reinterprets the world by using the Pandora’s Box to jump further back in time and revealing a new origin story that redefines the characters. Han Geng (‘The Taking of Tiger Mountain’) steps into the big shoes of Stephen Chow to play the hero Joker/Monkey King while Tiffany Tang (‘Bounty Hunters’) plays his true love Zixia. Wu Jing takes on a rare comedic role as the Longevity Monk and Karen Mok returns in a special appearance as Bak Jing Jing.

Synopsis: Using the Pandora’s Box, fairy Zixia (Tiffany Tang) saw into the future and learned of the destiny that awaits her. To prevent the tragedy from happening, she decides to go back in time and not let Joker (Han Geng) fall in love with her. However, fate keeps bringing them back together again, so she tries to escape Joker by marrying King Bull, which triggers a domestic dispute of celestial levels. Zixia’s attempts to stem her love with Joker eventually uncover another hidden love story and a heavenly secret about the identity of the Monkey King.

You can order both versions now from YesAsia.com. 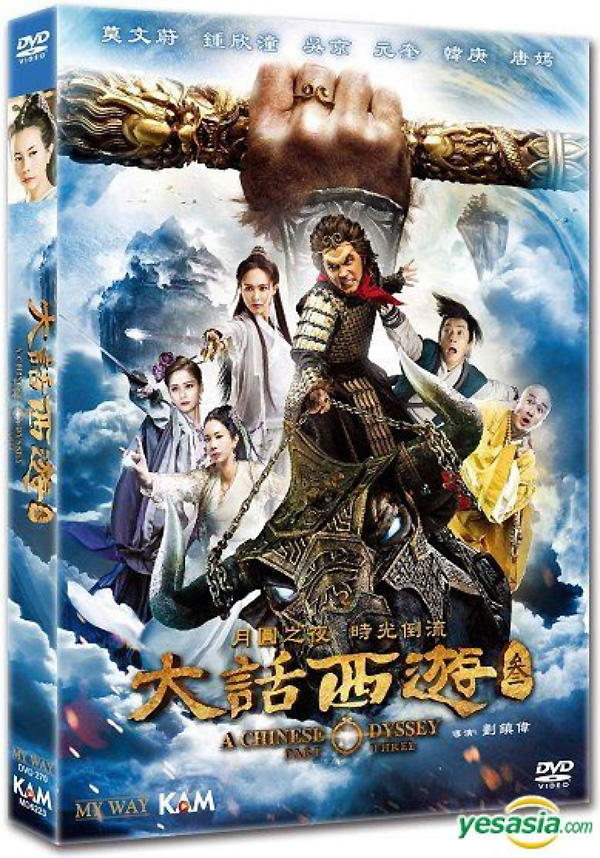