The first teaser trailer has arrived for the upcoming live-action adaptation of Hideaki Sorachi’s ‘Gintama’.

Set in an alternate Edo period occupied by aliens, ‘Gintama’ follows the adventures of eccentric samurai Gintoki Sakata, who works as a freelancer alongside his friends Shinpachi Shimura and Kagura in order to pay the monthly rent. However, the jobs they undertake are not always simple, and they frequently have run-ins with the police, ragtag rebels, and assassins.

We’re still waiting for the official plot synopsis, but there is a strong rumour that the film will be adapting the Benizakura Arc. 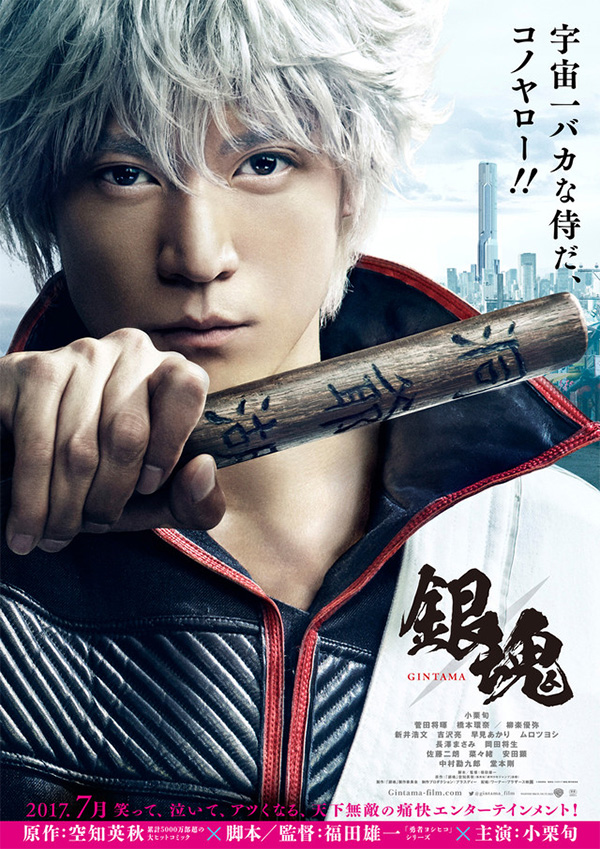