Cheng Cheng Films are bringing the 2015 Chinese romantic drama ‘Ever Since We Love’ (万物生长) to selected US virtual cinemas on September 17, 2021.

Directed by Li Yu and based on a novel by Feng Tang, the film revolves around a medical school student whose ego constantly gets hurt by three disparate women he’s attracted to. The cast includes Fan Bingbing, Han Geng, Qi Xi, Shen Tingting, Sha Yi, and Yang Di.

Synopsis: To Qiu Shui, a young lad in his most hungry, curious, and restless 20s, the whole world feels a little erotic. Studying at China’s top medical college, he can break down men’s carnal impulses with solid human anatomy knowledge but can’t grasp the inner desire that draws him to three disparate romantic interests-the fairy-like hometown first love, the marriageable college girlfriend, and the sensuous working woman. It’s the 1990s when China just opened up to exciting opportunities and risks. Unprecedented social fluidity provokes individuals’ materialist and romantic appetites. This cruel new world eventually crushes Qiu Shui’s burning passion and takes each of his lovers away. As he looks back at his chaotic youth as a grownup years later, he’s rewarded with a deeper understanding of what it means to live and love. 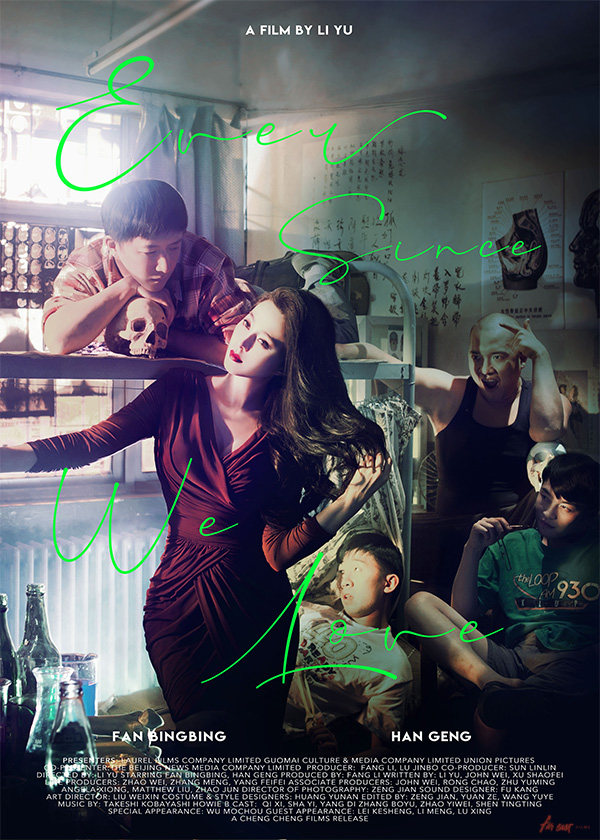