Directed by Masashi Ando and Masayuki Miyaji, the film revolves around a warrior and a young girl who seek out a peaceful new life after they survive the outbreak of a deadly disease. The voice cast includes Anne Watanabe, Hisui Kimura, Ryoma Takeuchi, Shinichi Tsutsumi, and Atsushi Abe.

Synopsis: In the years following a vicious war, the Empire of Zol now controls the land and citizens of rival Aquafa – except for Aquafa’s Fire Horse Territory, where wild dogs that once carried the deadly Black Wolf Fever continue to roam free. When a pack of dogs race through a Zol-controlled mine, Van, an enslaved former soldier, and a young girl named Yuna are both bitten, but manage to escape as the sole survivors of the attack. Finally free, Van and Yuna seek out a simple, peaceful existence in the countryside. But as the deadly disease once again runs rampant, they find themselves at the crossroads of a struggle much larger than any one nation.

‘The Deer King’ will be shown in selected cinemas nationwide from July 27, 2022 in Japanese with English subtitles, as well as an English-language dub from July 28, 2022. For more information and to book tickets, please visit www.deerkingfilm.co.uk. 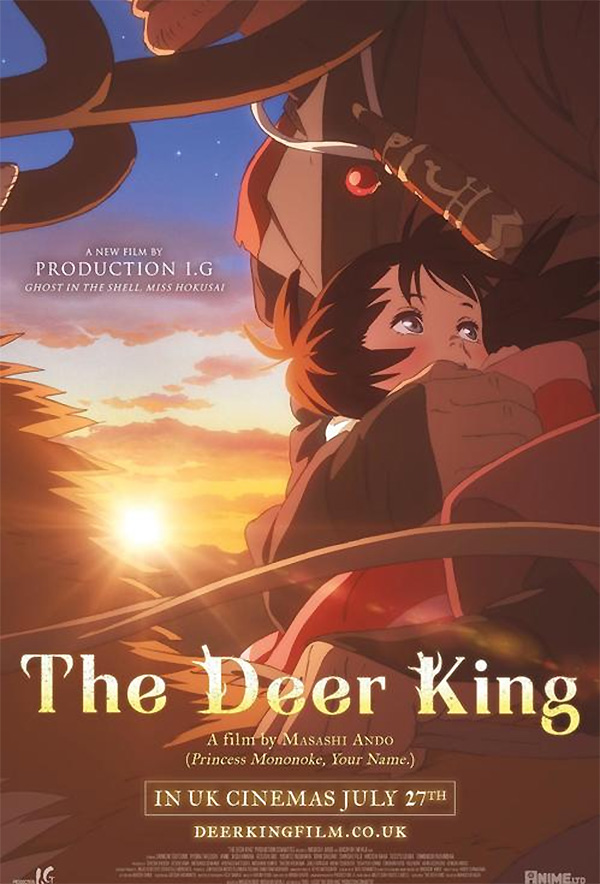