Based on real events, the film revolves around the brutal 17-day battle that took place between the People’s Volunteer Army and the US X Corps at the Chosin Reservoir area in 1950. The cast includes Wu Jing, Jackson Yee, Duan Yihong, Zhu Yawen, Li Chen, Elvis Han, Hu Jun, and Zhang Hanyu.

Synopsis: In the winter of 1950, in the icy and snowy area of Changjin Lake, a bloody battle between the United States and China was about to begin. China and the United States respectively sent the most elite troop troops to fight-the 9th Corps of the Chinese People’s Volunteers, the 1st US Marine Division, and the 7th Infantry Division.

‘The Battle at Lake Changjin’ opens across China on September 30, 2021. 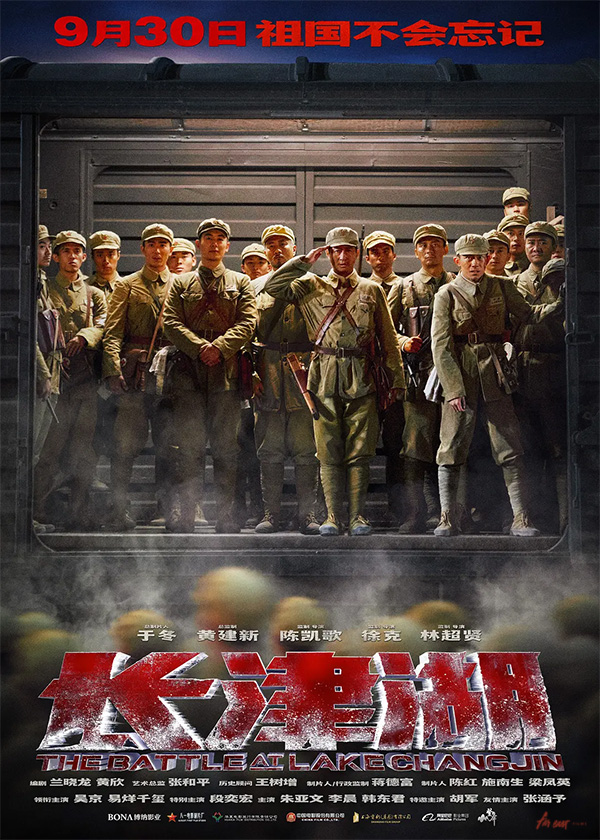