‘Akira and Akira’ (アキラとあきら) is a 2022 Japanese drama directed by Takahiro Miki.

Synopsis: Akira Yamazaki (Ryoma Takeuchi) and Akira Kaido (Ryusei Yokohama) are new employees at the Industrial Central Bank. They are both outstanding at their jobs and fierce rivals, but they come from totally different backgrounds. When Akira Yamazaki was a child, his father’s factory went bankrupt and his family ran away in the middle of the night. Because of that experience, Akira Yamazaki wants to work as a banker to save people. On the other hand, Akira Kaido was born into a family that runs a large company and he works with a calm demeanour.

Due to a case, Akira Yamazaki receives a demotion. Akira Kaido continues to be successful at work, but his family’s company is on the verge of bankruptcy due to their family-oriented management style. The employees and their families are all in a crisis situation. With this desperate situation unfolding, the reversal of fate of these two men begins. [Source: AsianWiki] 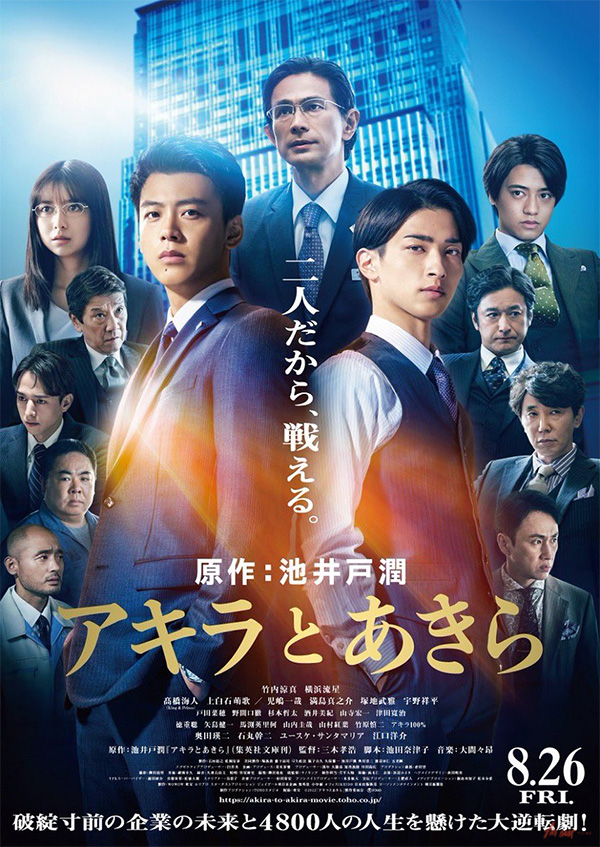