‘Beyond the Skies’ (云霄之上) is a 2022 Chinese war drama directed by Liu Zhihai.

The film revolves around a Chinese Red Army unit that is ordered to blow up the enemy’s ammunition depot within 48 hours. The cast includes Chen Weixin, Wu Jiahui, Nie Jinquan, Ying Linjian, and Chen Yuze.

Synopsis: Amid the generous lament of the ruins of war, Hong Qichen, a young Red Army soldier, receives a military order to blow up the enemy’s ammunition depot within 48 hours. He understands that this is a suicide mission, so he begins to gather willing comrades from the dangerous mountains. Qichen must endure the torture of his comrades and the plight of watching everyone die one after another. As time passes, the mission seems increasingly impossible but some people choose to persevere because of their faith while others remain loyal to the mission and die. [© Far East Films] 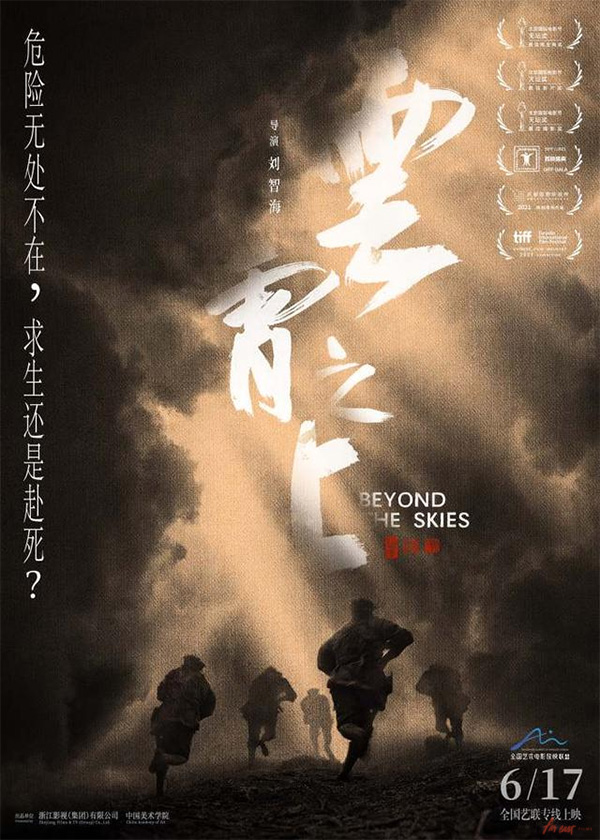