The film, which features two members of the girl group AKB48, revolves around a school drama club who start to experience strange events after they are involved in an accident. The cast includes Shinobu Mogi, Miyuu Omori, Kechon, Miku Yoshida, and Yui Fujimoto.

Synopsis: Yuina (Shinobu Mogi) and Ran (Miyuu Omori) are members in the drama club at Haruyama High School. The drama club arranges to have a camp where the members will work on a play based on their school’s female baseball team. On the way to the camp, their bus gets into an accident. Yuina and others realize that things have changed. 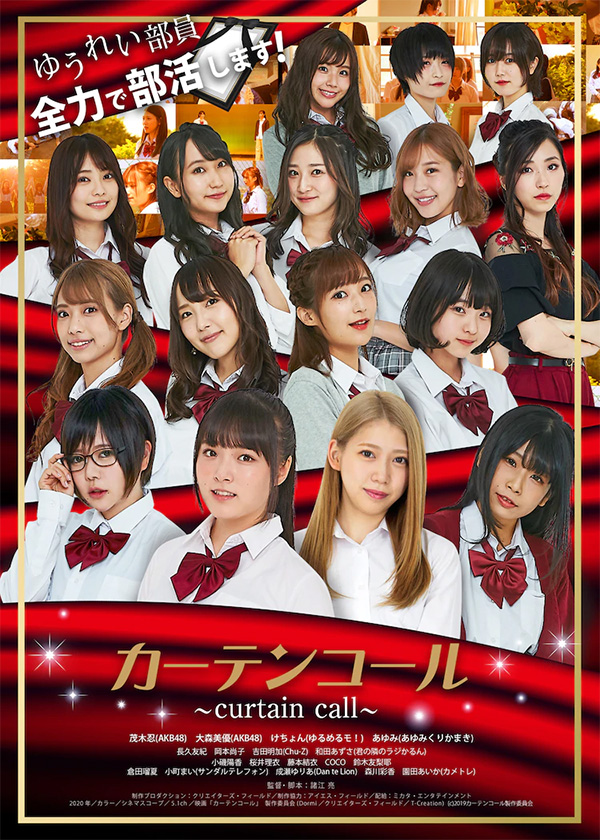