‘Exiled: The Chosen Ones’ is a 2021 British action thriller written and directed by Ranjeet S. Marwa.

The film follows a group of people who are forced to fight for their lives in a new game show that is devised to keep the population down. The cast includes Sunny Pang, Hannah Al Rashid, Oka Antara, Nick Khan, James Jaysen Bryhan, and Carl Wharton.

Synopsis: After a man-made virus failed to reduce the world’s overpopulated areas, global leaders would start a new program that would legitimize a new venture in a game show. The game would be broadcast live, where random contestants would be exiled into a concrete jungle, forced to kill each other for their freedom. Viewers would place their bets on who had a chance at survival. Be that as it may…no one survives the game. 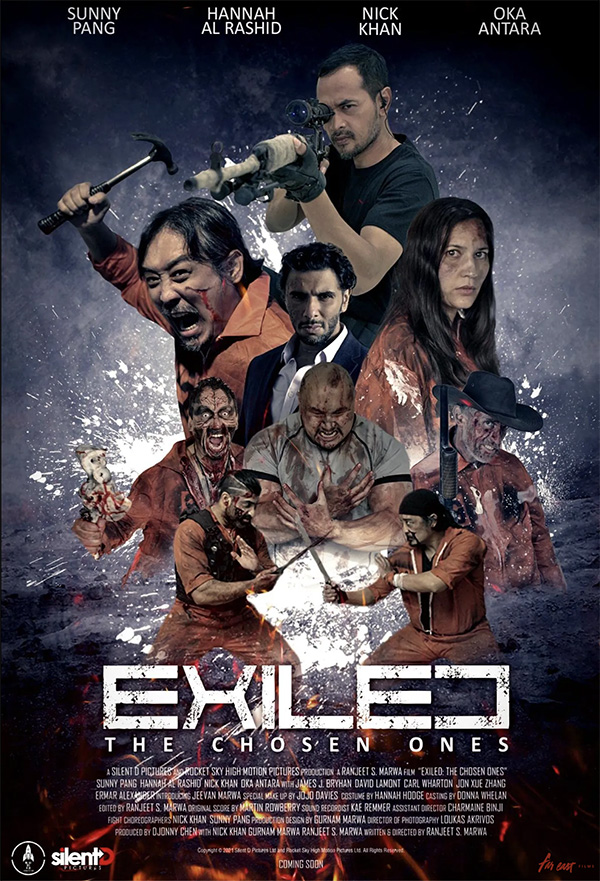