The film follows a group of people as they attempt to unlock the secrets inside a training centre that was the site of a mass murder that took place years earlier. The cast includes Kim Kang-Woo, Kim So-Hye, Lee Jung-Hyung, and Hong Jin-Gi.

Synopsis: In 1990, at a training centre in Guisari, a building manager murdered several guests before committing suicide. Following that incident, deaths seemed to occur at the centre every year and eventually it was closed down. Ghost stories then began to spread, labelling the entrance as a ‘guimoon’ (a door used only by ghosts) that people entered but never left. When the director of a Psychic Research Institute and a group of college students both decide to visit the centre for their own reasons, they are confronted by a bizarre horror that they may never escape… [© Far East Films]

‘Guimoon: The Lightless Door’ opens across South Korea on August 18, 2021. 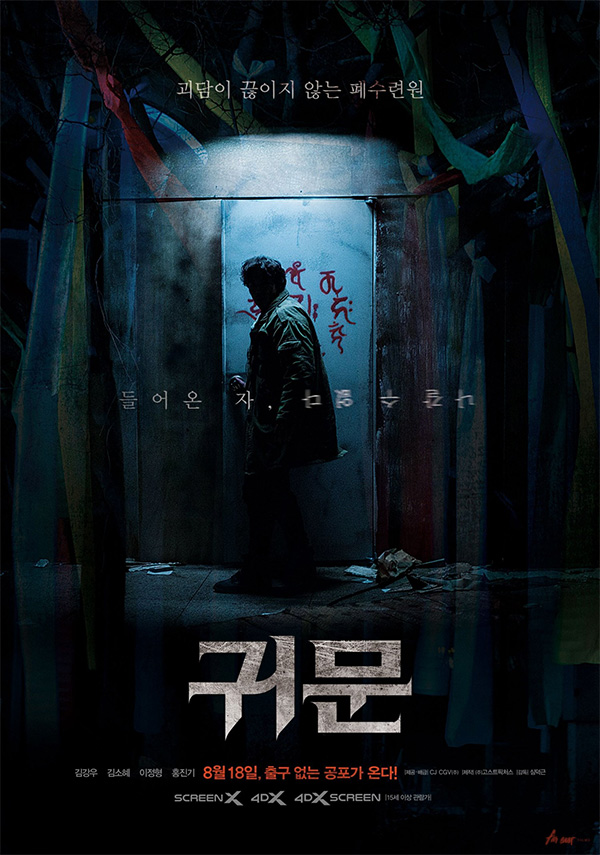