‘I Was A Secret Bitch’ (“隠れビッチ”やってました。) is a 2019 Japanese romantic comedy directed by Koichiro Miki.

Based on a manga by Piroyo Arai, the story revolves around a woman who likes to toy with men but a taste of her own medicine leads her to reevaluate her life. The cast includes Yui Sakuma, Nijiro Murakami, Suzuka Ohgo, Yuta Koseki, and Mirai Moriyama.

Synopsis: Hiromi (Yui Sakuma) is a 26-year-old single woman. She is popular with guys. Her hobby and speciality is getting men to like her using smalltalk and a shy persona. If a guy confesses his feelings for her, Hiromi leaves them. Hiromi’s share house mate Akira (Nijiro Murakami) and her friend Aya (Suzuka Ohgo) blame Hiromi, calling her “Kakure Bitch” (a type of women who uses innocence to flirt with men). Hiromi does not care. One day, she takes an interest in Tsuyoshi (Yuta Koseki), who works in the same office. She becomes to like him sincerely. 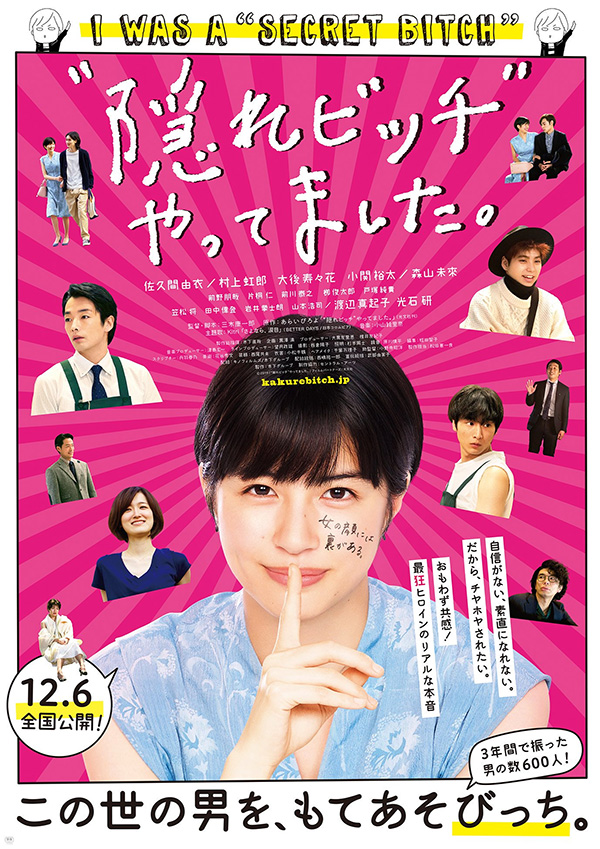