Based on the manga ‘Funohan’ written by Arata Miyatsuki and illustrated by Yuya Kanzaki, the film revolves around a contract killer who evades the law by killing his victims using only the power of suggestion. The cast includes Tori Matsuzaka, Erika Sawajiri, Mackenyu Arata, Shotaro Mamiya, and Tet Wada.

Synopsis: Tadashi Usobuki (Tori Matsuzaka) wears a black suit and he is a contract killer. Nobody knows about his past. He receives requests from clients who are filled with desire or hate. He carries out his work using methods like the power of suggestion which makes the killings nearly impossible to trace. 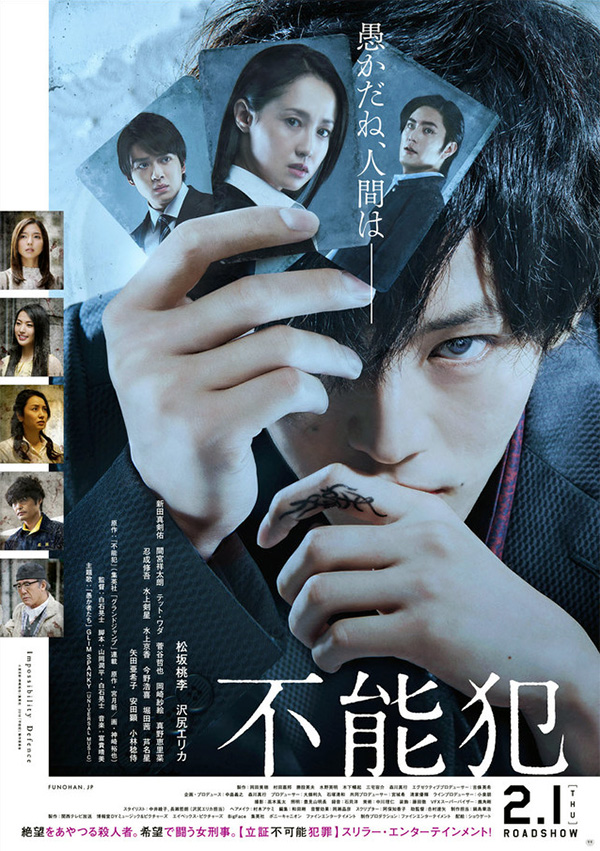