‘Invincible’ is a 2022 American action thriller co-written and directed by Daniel Zirilli.

The film revolves around the head of security at a nano test site who is assigned the task of tracking down an escaped subject. The cast includes Johnny Strong, Marko Zaror, Michael Paré, Vladimir Kulich, and Sally Kirkland.

Synopsis: At a secret military site, injured soldier Brock is treated with advanced nanotechnology that turns him into an uncontrollable killing machine. Sent to stop the threat, security agent Cam is badly injured in a battle with Brock – but, to save his life, Cam must be implanted with the same technology that turned Brock psychotic and invincible. Will Cam gain the power to stop Brock, or will he become a lunatic menace himself?

‘Invincible’ will be available on Digital, On Demand, and DVD from March 8, 2022. 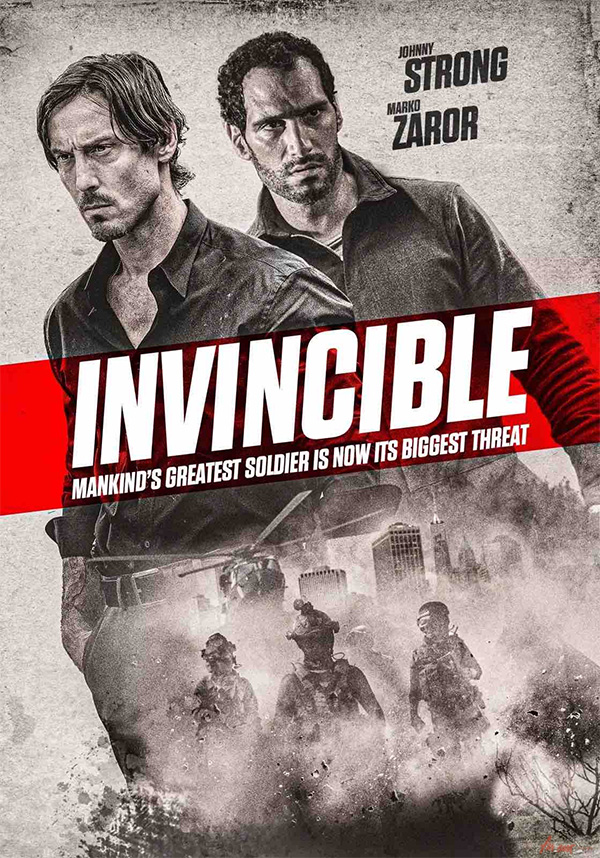