‘Viy 2: Journey to China’ (aka ‘Journey To China: The Mystery Of The Iron Mask’) is 2019 Russian-Chinese fantasy adventure directed by Oleg Stepchenko.

Loosely based on a 19th century horror novella by Nikolai Gogol, the film is a sequel to Stepchenko’s 2014 flick ‘Viy’ (AKA ‘Forbidden Hero’) and continues the adventures of cartographer Jonathan Green as he attempts to map out Russia’s Far East. The cast includes Jason Flemyng, Rutger Hauer, Charles Dance, Jackie Chan, Yao Xingtong, and Arnold Schwarzenegger.

Synopsis: The English traveller Jonathan Green receives an order from Peter the Great to map out the Russian Far East. Once again he sets out for a long journey full of incredible adventures that will eventually lead him to China. Green will unexpectedly uncover a number of breathtaking discoveries, encounter bizarre creatures, meet with Chinese princesses, and confront deadly martial arts masters and even the king of all dragons – the Dragon King. What could be more dangerous than being eye to eye with Viy… except maybe doing it again? What would be stronger this time – a staunch scepticism of the scientist or the old black magic that has seized power of Eastern lands?

‘Viy 2: Journey to China’ opens across Russia in the winter of 2017. (Warning: Sadly, neither Chan nor Schwarzenegger appear in the trailer below) 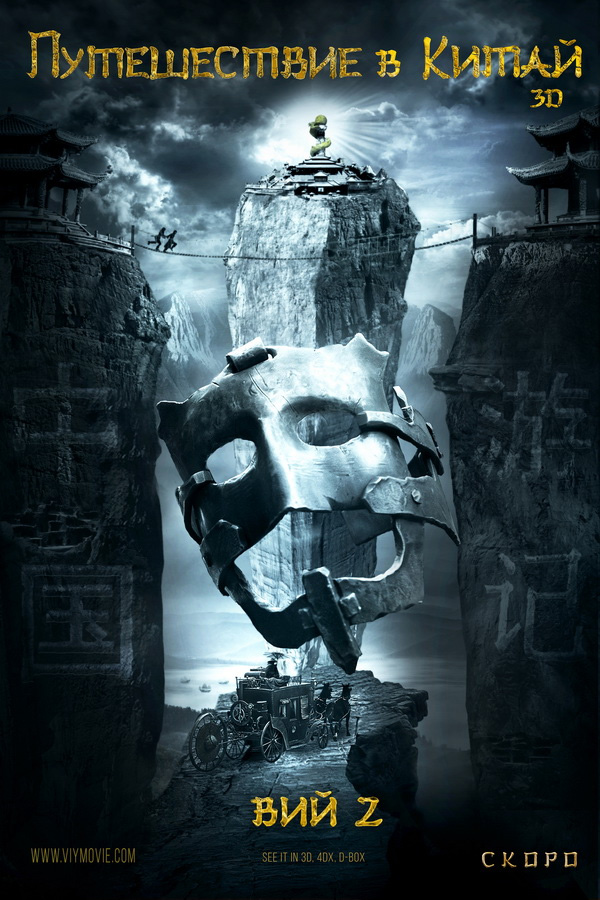