Based on a manga by Renjuro Kindaichi, the story follows a girl who plays a joke on her stepbrother but it backfires after he winds up falling in love with her. The cast includes Nana Mori, Hokuto Matsumura, Yuta Koseki, and Mayu Hotta.

Synopsis: One day, on a whim, 20-year-old Minato (Nana Mori) dresses up in her friend’s high school uniform and goes out briefly into the city. To her horror, she ends up running into her stepbrother, Toru (Hokuto Matsumura), who is actually only months younger than her. Since he’s handsome, and a notorious ladies man, Minato has had to deal with constant jealousy and suspicion from other girls all through their school days. Amazingly, she manages to convince Tooru that she’s actually someone who just happens to look a lot like his sister. He is so convinced that he starts trying to date her and, for various reasons, she goes along with it. What started as a simple joke is now evolving into the biggest lie Minato has ever told!  [Source: MangaKakalot] 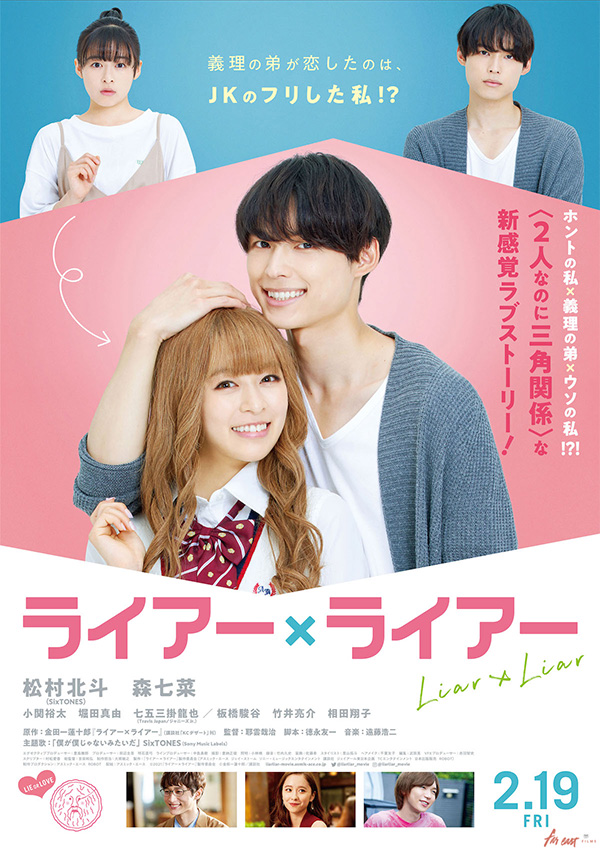