The film, which is a sequel to 2016’s ‘Line Walker’, finds the police drawn into a conspiracy that involves a possible triad mole within the force. The cast includes Nick Cheung, Louis Koo, Francis Ng, Jiang Peiyao, Jacky Cai, Joe Ma, Benjamin Yuen, and Joel Chan.

Synopsis: A car crash sparks a war between local police and an international terrorist organisation. After Superintendent Yip (Francis Ng) and Inspector Ching (Nick Cheung) arrest a hacker named Yiu involved in the accident, the two police officers are suspected by Superintendent Cheng (Louis Koo) as double agents. Clues lead the three officers to the far foreign soil of Myanmar and Spain, but as the investigation continues the lines between who is good and evil become blurred.

‘Line Walker 2: Invisible Spy’ opens across China on August 7 and Well Go USA are bringing the film to the US on August 16. 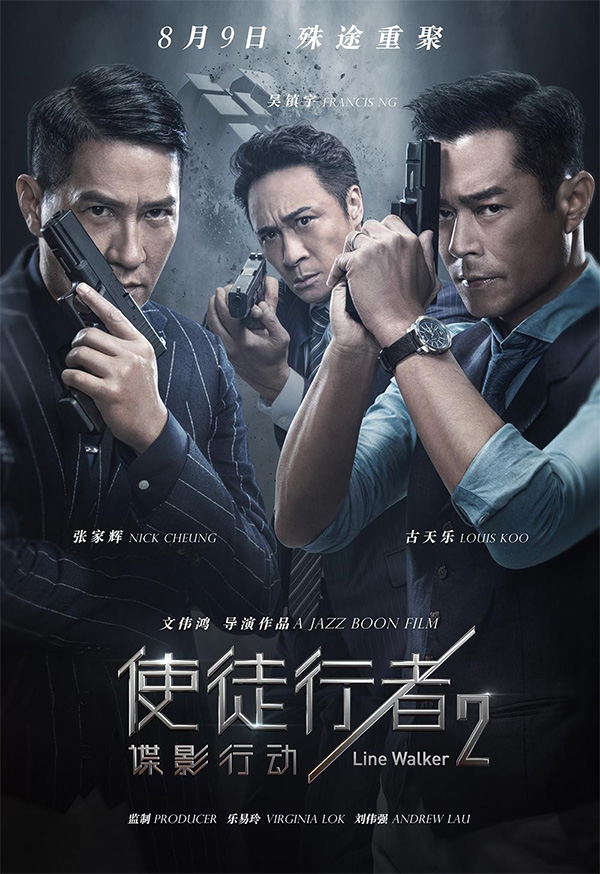