‘Love Off The Cuff’ (春嬌救志明) is the third instalment in director Pang Ho-Cheung’s series of romantic comedies about a star-crossed couple.

The first film, ‘Love In A Puff’, introduced us to the couple of Cherie (Miriam Yeung) and Jimmy (Shawn Yue) who meet over a cigarette in the street after Hong Kong has banned indoor smoking. ‘Love In The Buff’ followed two years later, and saw the couple break up and later reunite in Beijing.

This third outing follows the couple to Taiwan and sees their relationship tested when Jimmy’s childhood friend asks him to donate sperm for her artificial insemination. Cherie’s estranged father also turns up unexpectedly with a much younger second wife. As well as Yue and Yeung, the cast will include Jiang Mengjie and Paul Chun-Pui. 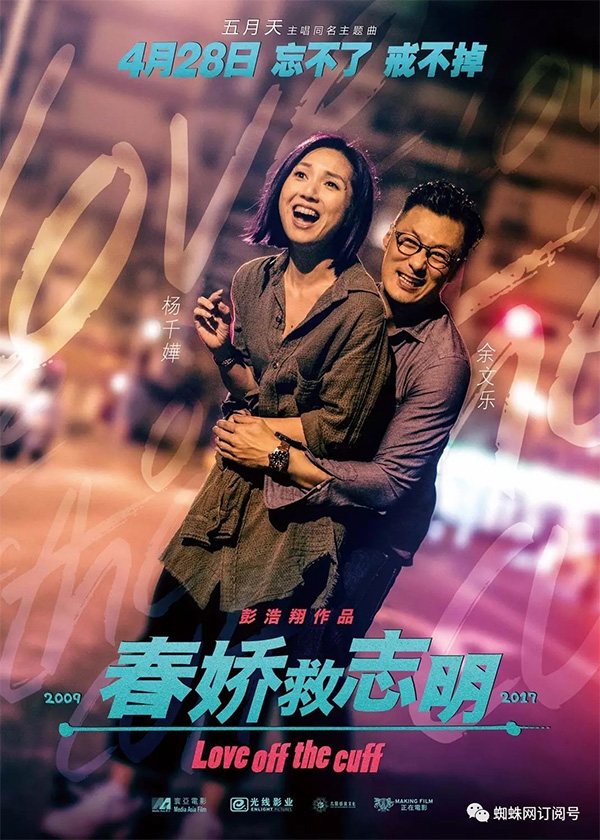