‘Manchurian Tiger’ (东北虎) is a 2022 Chinese comedy-drama co-written and directed by Geng Jun.

The film revolves around two men bought together by a dog at a difficult point in both of their lives. The cast includes Zhang Yu, Ma Li, Zhang Zhiyong, Xu Gang, Guo Yue, and Zhang Xun.

Synopsis: When Mei Ling (Ma Li) is about to give birth, her husband Xu Dong (Zhang Yu) has to send his beloved dog away to be fostered. Ma Qianli (Zhang Zhiyong), a debt-ridden builder, is the one who agrees to take care of the dog at a time when he is at the end of his rope. Unfortunately, the dog’s death brings the two disillusioned men at a fork in the road to meet each other. At the same time, Mei Ling also accidentally discovers Xu Dong’s secret… [© Far East Films] 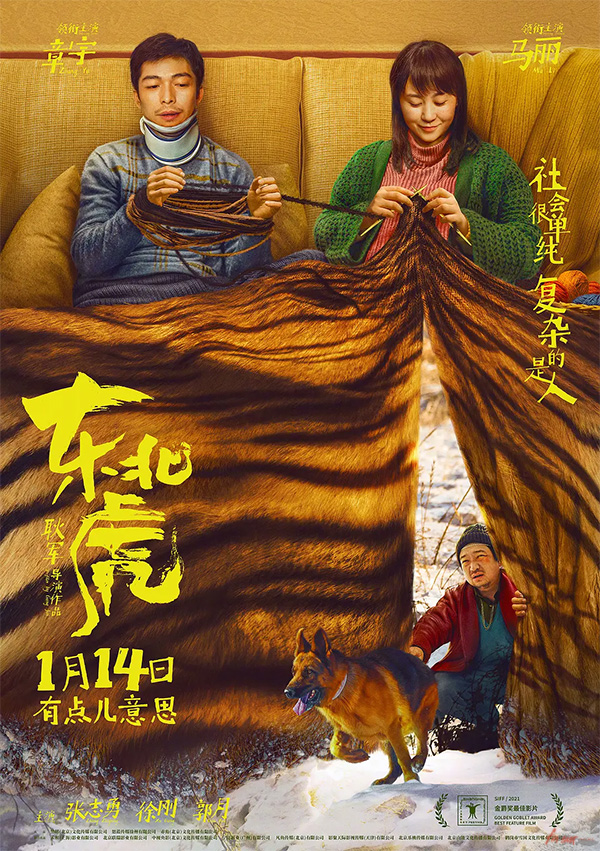