‘Minari’ (미나리) is a 2020 American drama written and directed by Lee Isaac Chung.

The film, which is a semi-autobiographical take on Chung’s upbringing, follows a family of South Korean immigrants who try to make it in rural America during the 1980s. The cast includes Steven Yeun, Han Ye-Ri, Alan Kim, Noel Kate Cho, Youn Yuh-Jung, and Will Patton.

Synopsis: It’s the 1980s, and David, a seven-year-old Korean American boy, is faced with new surroundings and a different way of life when his father, Jacob, moves their family from the West Coast to rural Arkansas. His mother, Monica, is aghast that they live in a mobile home in the middle of nowhere, and naughty little David and his sister are bored and aimless. When his equally mischievous grandmother arrives from Korea to live with them, her unfamiliar ways arouse David’s curiosity. Meanwhile, Jacob, hell-bent on creating a farm on untapped soil, throws their finances, his marriage, and the stability of the family into jeopardy.

‘Minari’ will be available on demand from Altitude Films on April 2, in drive-in cinemas from April 12, and across UK and Irish cinemas as they open. If you’re in the US, the film is already available to watch on Amazon.com. 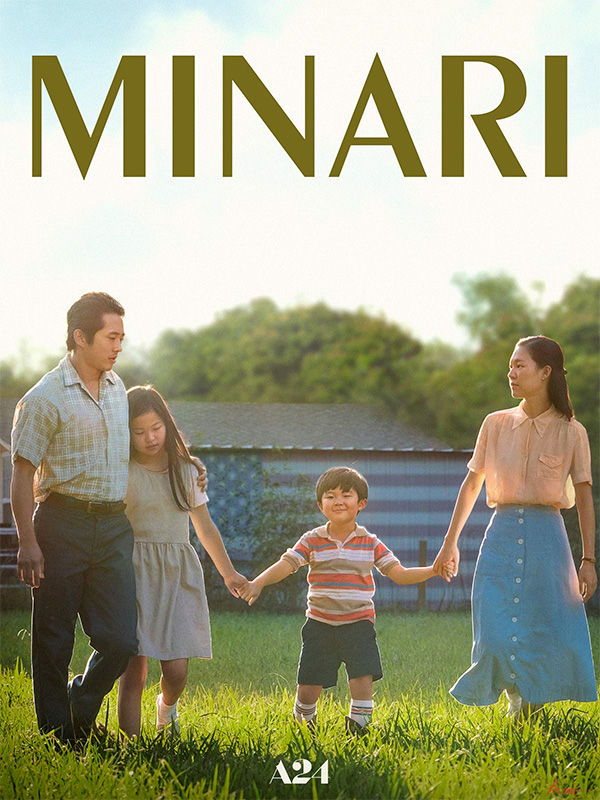