‘Night of the Undead’ (죽지않는 인간들의 밤) is a 2020 South Korean horror comedy co-written and directed by Shin Jung-Won.

The film revolves around a woman who discovers that her new husband isn’t quite as normal as she first believed. The cast includes Lee Jung-Hyun, Kim Sung-Oh, Seo Young-Hee, Yang Dong-Geun, and Lee Mi-Do.

Synopsis: So-Hee (Lee Jung-Hyun) is married to Man-Gil (Kim Sung-Oh). She is in the midst of enjoying her life as a newlywed, but something is off with her husband. He is always busy and doesn’t seem to rest. So-Hee thinks he doesn’t act like a human at times. She hires someone to follow her husband and she learns that her husband is incredibly dangerous, with all of his past wives being found dead. So-Hee decides to fight against her husband with the help of Se-Ra (Seo Young-Hee), Yang-Sun (Lee Mi-Do) and Doctor Jang (Yang Dong-Geun). [Source: AsianWiki]

‘Night of the Undead’ opens across South Korea in September, 2020. 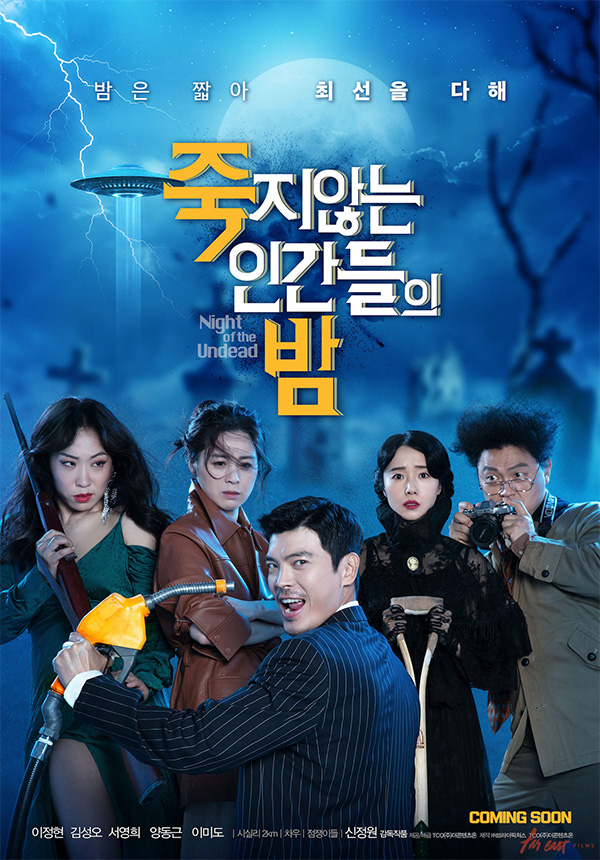