‘Over the Town’ (街の上で) is a 2021 Japanese drama co-written and directed by Rikiya Imaizumi.

The film follows a man who is feeling somewhat blue about his life until he is suddenly given the opportunity to appear in an independent movie. The cast includes Ryuya Wakaba, Moeka Hoshi, Kotone Furukawa, Minori Hagiwara, and Seina Nakata.

Synopsis: Aoi Arakawa (Ryuya Wakaba) works at a second-hand clothing store in Shimokitazawa, Tokyo. It’s a fairly small area so there isn’t exactly much to do. Occasionally, Arakawa likes to browse second-hand bookstores and watch live performances at bars. When the opportunity to appear in an independent movie suddenly arises, Arakawa seizes it and in doing so he meets four new women who all have a profound effect on his life. [© Far East Films] 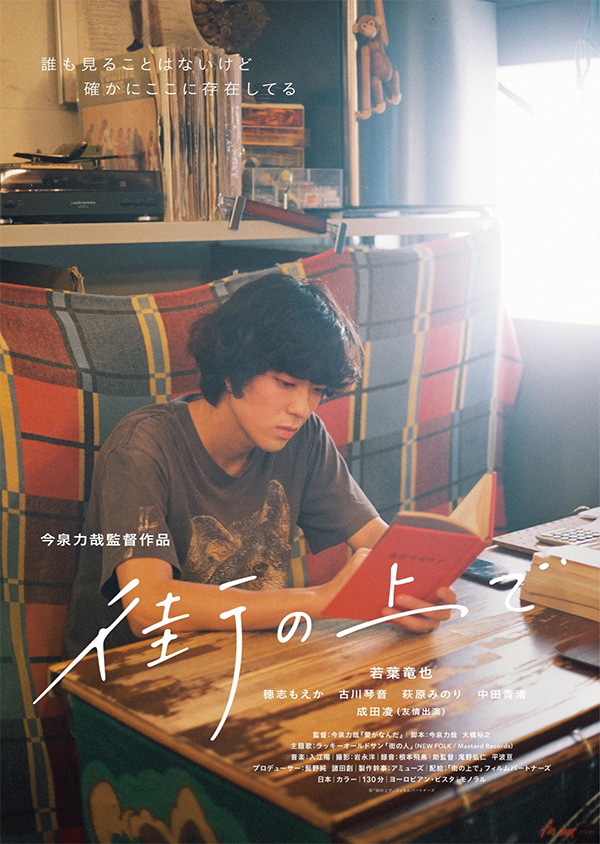