Based on the novel ‘And So This Is Xmas’ by Takehiko Hata, the story revolves around a bomb threat is received in Tokyo on Christmas Eve. The cast includes Koichi Sato, Yuriko Ishida, Hidetoshi Nishijima, Tomoya Nakamura, and Alice Hirose.

Synopsis: On Christmas Eve, a TV broadcasting station receives a phone call. The caller warns “I have set up a bomb at Ebisu in Tokyo.” A contract worker for the TV broadcasting station and a housewife are accused by the Ebisu police as being the culprits. During this chaotic situation, a mysterious man silently watches as everything unfolds. A video clip is then uploaded to an online video website. The video contains a demand to talk with the Prime Minister during a live broadcast or a bomb will be detonated at 6 pm in Shibuya, Tokyo. Who is behind the bombings and who will stop them? [Source: AsianWiki] 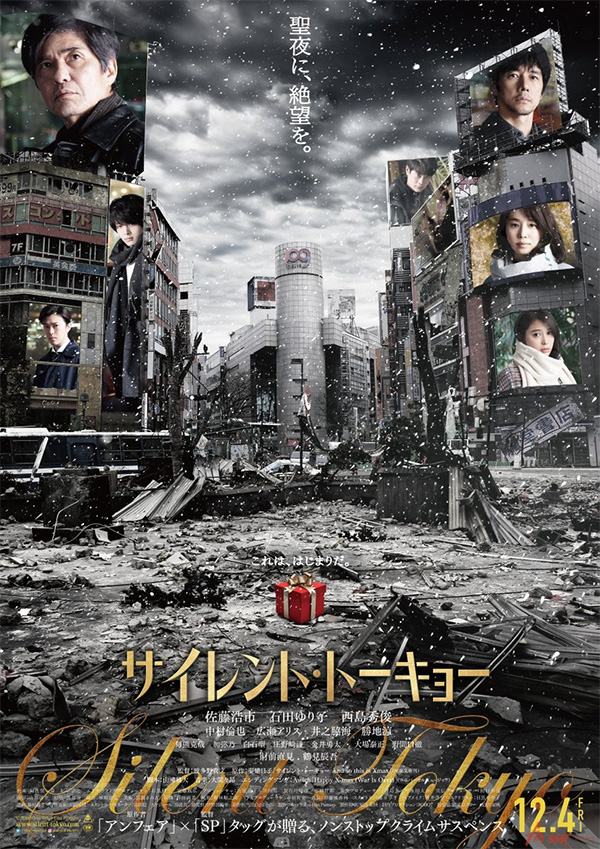