‘The 47 Ronin in Debt’ (決算！忠臣蔵) is a 2019 Japanese period comedy written and directed by Yoshihiro Nakamura.

Based on a novel by Hirofumi Yamamoto, the film centres around a ronin who is seeking revenge on a court official but lacks the funds to carry out his plan. The cast includes Shinichi Tsutsumi, Takashi Okamura, Gaku Hamada, Yu Yokoyama, and Satoshi Tsumabuki.

Synopsis: Takuminokami Asano is a handshu (lord) and he is ordered to kill himself due to a scheme by Kozukenosuke Kira. Having no time to mourn his lord’s death, Kuranosuke Oishi (Shinichi Tsutsumi) decides to take revenge on Kozukenosuke Kira. Kuranosuke Oishi plans an attack with the help of accountant Chosuke Yato (Takashi Okamura), but they don’t have enough in their budget. 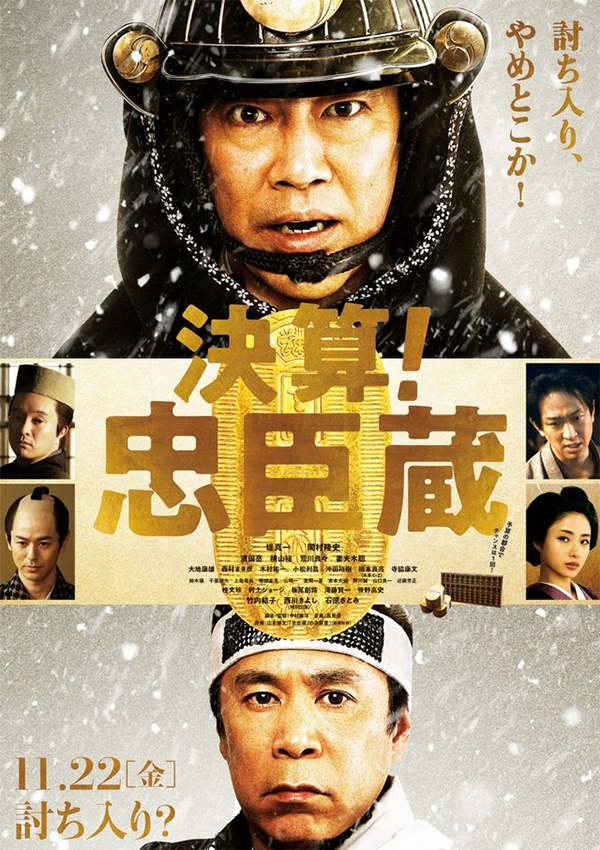