‘The Bravest’ (烈火英雄) is a 2019 Chinese disaster drama directed by Tony Chan.

Based on real life events, the film revolves around the heroic efforts of a team of firefighters as they attempt to deal with a fire that breaks out at an oil refinery in Dalian. The cast includes Huang Xiaoming, Tan Zhuo, Oho Ou, and Du Jiang. 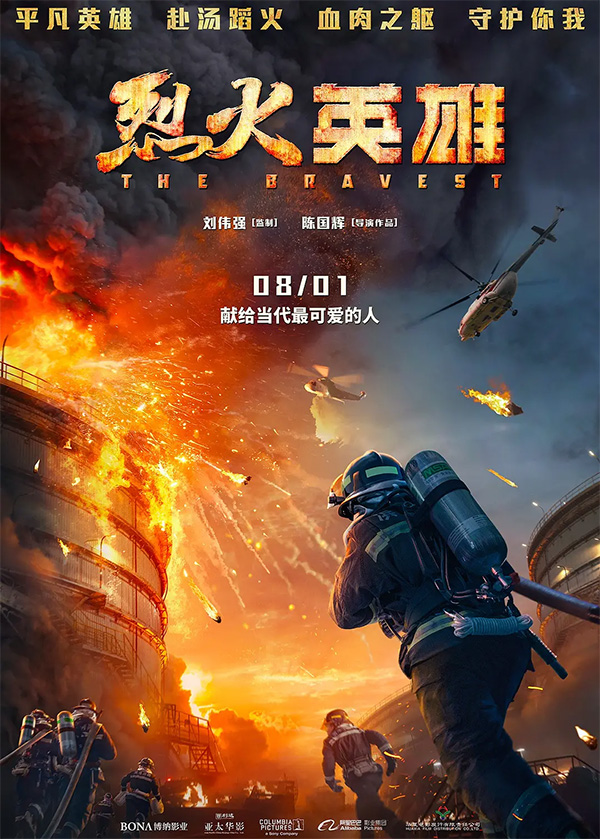