The film revolves around a man in search of his wife’s killer who must team up with an accused murderer’s wife to track down the true culprit. The cast includes Song Sae-Byeok, Yoo-Sun, Jang Hyuk-Jin, Oh Min-Suk, and Han Soo-Yeon.

Synopsis: Young-Hoon’s (Song Sae-Byeok) wife is murdered in cold blood. A hair sample found at the crime scene links his friend Joon-Sung (Oh Min-Suk) to the murder and Joon-Sung is soon arrested for the murder. Meanwhile, Joon-Sung’s wife Da-Yeon (Yoo-Sun) insists on her husband’s innocence. Young-Hoon also wants to know the truth behind his wife’s murder. To free her husband from prison, Da-Yeon needs Young-Hoon to testify in support of her husband. Young-Hoon suggests to Da-Yeon that they work together to uncover the truth and in return he will testify on her husband’s behalf. 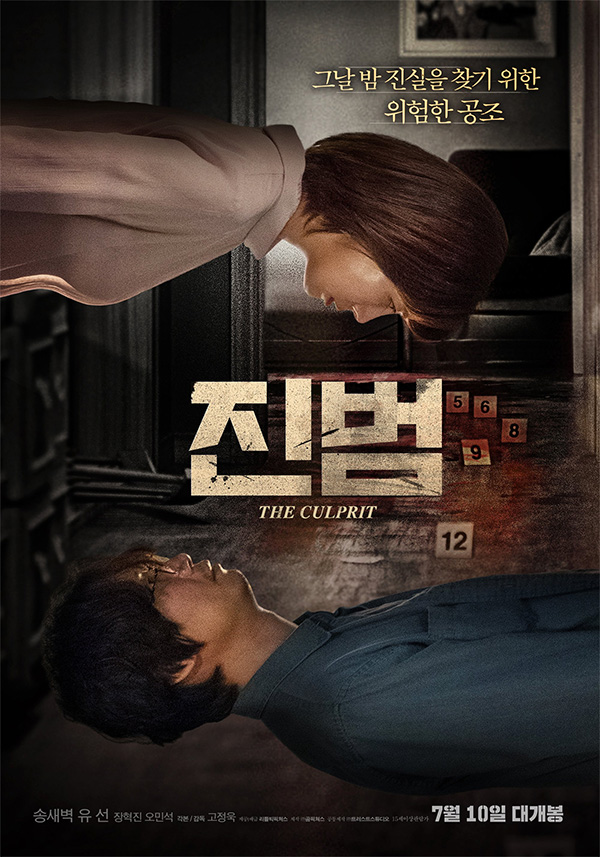