‘The Hound of the Baskervilles: Sherlock the Movie’ (バスカヴィル家の犬 シャーロック劇場版) is a 2022 Japanese mystery directed by Hiroshi Nishitani.

The film, which is a continuation of the 2019 ‘Sherlock: Untold Stories’ television drama, is a retelling of Sir Arthur Conan Doyle’s classic story of Sherlock Holmes’s investigation into a series of supposed animal attacks. The cast includes Dean Fujioka, Takanori Iwata, Yuko Araki, Masahiko Nishimura, Izumi Inamori, and Nijiro Murakami.

Synopsis: Shishio Homare (Dean Fujioka), who was thought to be dead, reunites with Junichi Wakamiya (Takanori Iwata) after 3 years to investigate the attempted kidnapping of an entrepreneur’s daughter. However, the entrepreneur dies soon after so the duo end up on a strange island in the Seto Inland Sea where they come face-to-face with the entrepreneur’s weird family members and associates amid a scary legend of a dog which attacks people. [Source: Doramaworld]

‘The Hound of the Baskervilles: Sherlock the Movie’ opens across Japan on June 17, 2022. 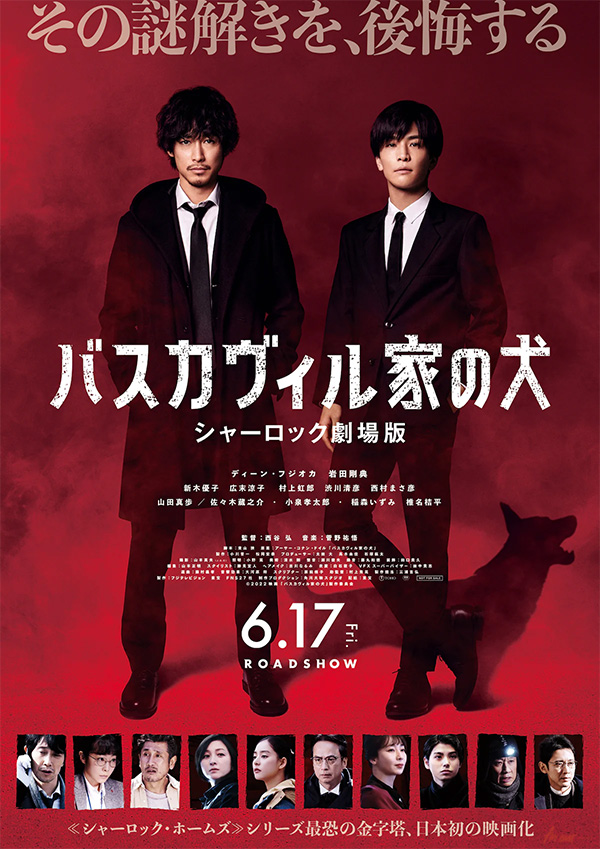